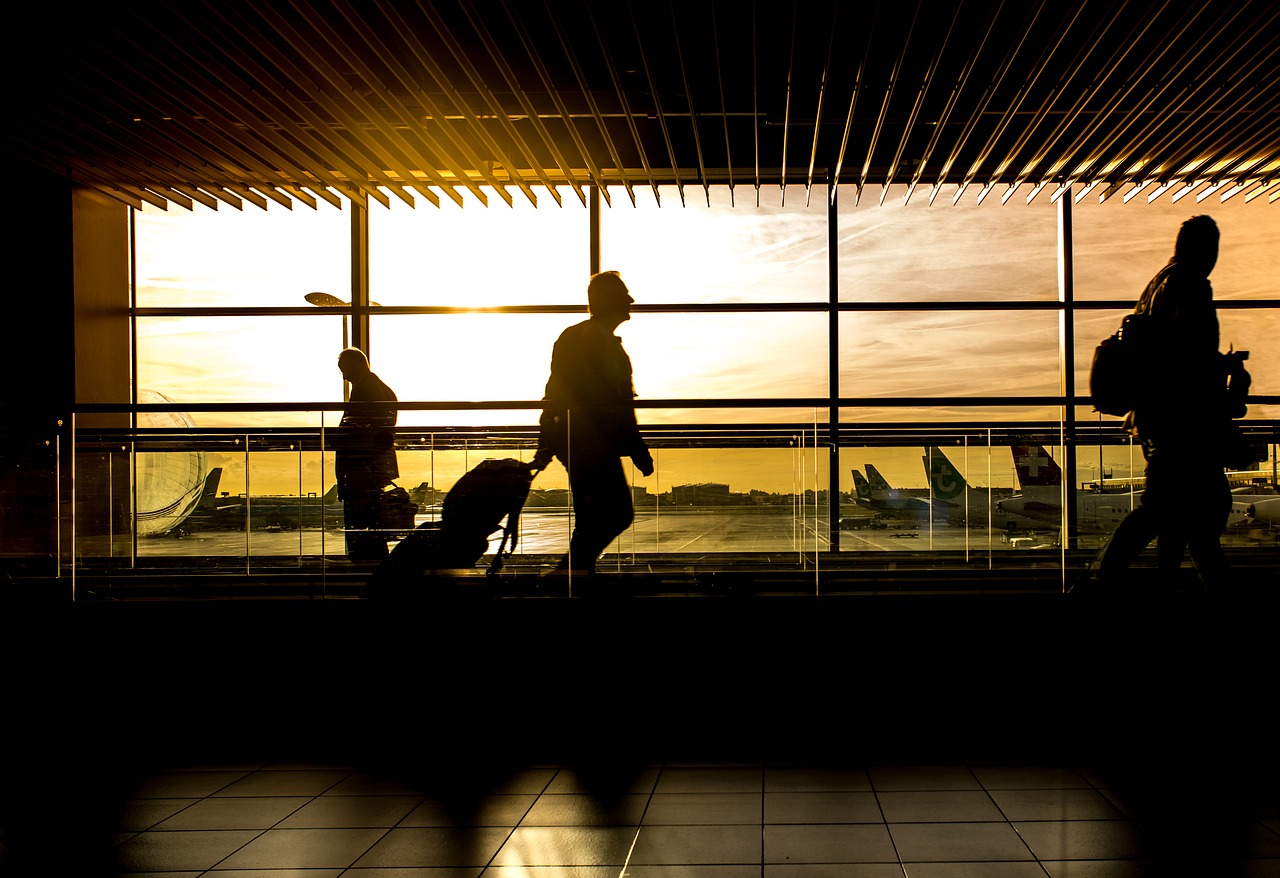 The ‘safe choices’ for summer holiday destinations as perceived by holidaymakers seems to be getting smaller and smaller. Once popular destinations such as Tunisia, Egypt and Morocco are very much now deemed to be ‘’out of favour’’ for many due to safety concerns. It now also looks like Turkey is being bracketed by people as ‘a place to avoid’”. Russians; who are the second largest source market for Turkey after Germany, are being discouraged from travelling to Turkey by their home government as the two wage a proxy conflict in Syria. Meanwhile European tour giant TUI is reporting that its sales for Turkey are also 40% down on what they should be and are quickly adding more capacity to destination such as Spain and the Canaries as a replacement.

Just whether Turkey can endure such a withdrawal of support from visitors is a hard call at the moment as tourism has grown massively in Turkey over the past two decades and contributes 10.6% (2015) to the countries GDP as well as employing hundreds of thousands of people. Turkey’s investment in tourism is looking anything but “safe”’ at the moment and that word ‘’safe’” may well be the key word that remains at the forefront of peoples minds for many years to come. This does not auger well for Turkey in the short and medium term. However it might, at the same time, also be a positive move for Bulgaria as potential tourists look for other destinations that are perceived to offer value of money holidays, something Bulgaria can accommodate. The flip side of this scenario though could also be that Bulgaria also gets partially tarnished with the same brush as Turkey if it starts to get highlighted in the media as a migrant transit route.

The bottom line of all this for both Turkey and Bulgaria is clearly that no matter what the tourism industry does in terms of service offerings, world and political events will ultimately dictate the success or otherwise of the industry.

The shock and horror of terrorist attacks is not having too much effect on Business Travellers habits or so it seems. If terrorists thought they could scare people into some sort of submission they appear to be very wrong. Following the recent attacks in Paris, business travel to the city quickly returned to normal levels, proving that the business traveller is indeed a resilient sole and is not likely to be scared away from doing his/her job by a few nutters with guns.

The USA has signed an air agreement with Cuba paving the way for commercial flights between the two countries. The agreement apparently allows for a whopping 110 flights per day to the island with 20 of these allowed to and from the Cuban capital Havana and the rest spread between Cuba’s nine regional airports.

The first scheduled flights are expected in October 2016 despite the fact that general tourism to Cuba is still banned in the USA.

An amusing story from American Airlines who publically announced that it planed to cancel its contract with its in-flight internet provider Gogo due to the poor wifi speeds onboard its planes. Gogo is the USA’s largest provider of airline internet but uses ground to air technology which is now considered ‘’antiquated”” and has been eclipsed by faster satellite based technology.

American then said it planned to switch to the ViaSat system which is satellite based and is the system already used by rival airlines, United, JetBlue and Virgin. Apart from that is, just a few days later they were forced to offer a very public apology to Gogo announcing that the threat was dismissed without prejudice.

Sounds very much like the American Airlines HR department might need to recruit new lawyers as whilst lawyers in the USA are ‘two-a –penny’’ the quality of them might not what be expected.

Air France – KLM has returned to profit for the first time in four years thanks largely to significantly reduced fuel costs but also helped by increased passenger numbers.

The group posted an operating profit of 816 m Euro’s for 2015 compared with a loss of 129 m Euro’s the previous year.

Interesting though, the blurb that came out from the group said that ‘2016 remains uncertain regarding fuel prices, the continuation of overcapacity in several markets and the geopolitical and economic context in which we operate. In Consequence the expected savings from fuel will be offset by unit revenue pressure and currency impacts”.

What this nonsense says is that the group are still massively in efficient compared with all its rivals, massively over staffed and they can’t reduce their staff numbers despite being chased away from unprofitable routes where they can’t really afford to operate but still do.

An interesting economic game of cat and mouse at London’s City Airport is being played out at the moment as the airport is put up for sale. Its current owners paid 750 m GBP for the airport ten years ago and now they want to sell it for 2 billion GBP (not a bad profit!). The issue for any prospective buyer is that the usual way of funding such a purchase would be to increase the fees charged to airlines that use the facility. Except that is, the three airlines who operate 70% of the airports traffic have said they will each walk out if there is any increase in the fees they are charged. The three are BA, CityJet (partners of Air France) and Flybe, with certainly the first two of these airlines more than capable of switching their operations to other London Airports.

An interesting challenge for any prospective new owner!

Less then a decade ago, the thought to most local people of someone in another country suing a local tour operator for compensation because he/she had injured themselves whilst skiing would have been laughed all the way to the next smoke filled ski resort restaurant. Then came entry into the European Union and the world suddenly changed.

As if to prove the point, a British woman is suing Balkan Holidays after she badly hurt her knee after her ski bindings failed to release the skis she was wearing during a fall. The fact that the skis may or may not have been fitted by a Balkan Holidays company is irrelevant as the operator has to take responsibility for the work or actions of its sub contractors. If the skis were not fitted correctly by the ski shop that the operator uses; then the operator automatically assumes responsibility and the fact that the ruling will be made in a UK court will negate any possibility of the local judiciary automatically ruling in favour of the defendant!

Greek stand off to cost them dearly

The on off on, maybe on, maybe off blockade of the Bulgarian Greek border by protesting Greek farmers has the potential to cause even more financial hardship to the struggling Greek Tourism industry as reports locally suggest that Bulgarians have already got fed up with their southerly neighbours and have started to cancel potential holiday plans for the forthcoming holiday weekend between 3 – 6 March. This period would normally be the perfect time for the Northern Greek tourism sector to earn some much needed pre summer season cash which Bulgarian were more than willing to oblige in the deal.

Not only is the forthcoming holiday traffic in jeopardy but reports also suggests that people are also looking elsewhere for their May 1 – 2 holiday breaks. The airlines will be delighted with the Greek farmers; Wizz Air seats to Barcelona for the March break already approach 500 Euro return!

Thought: why doesn’t the Greek Tourism industry sue the farmers for loss of income?

British Airways is dispensing with its UM service. For those without children, UM stands for ‘unaccompanied minor’. This is the procedure whereby parents can send kids on planes to visit relatives, friends or travel back to school without the need or expense of the parent having to travel on board with them. The UM service which is a paid service, meant that airline ground staff escorted the kids from check in to plane and from plane to waiting friends/relatives.

This service is generally offered by most airlines except the Low Cost carriers and can be immensely popular.

BA says that the move is due to a decline in demand; whether this is true or an excuse to be politically correct to cover real reasons is a totally different question. The truth may lie in that magic word ‘”security’. Airlines have quietly been concerned that children were being smuggled via the UM method for some time and with the escalating refugee problems across Europe, the truth for BA’s actions is more likely along this latter lines.

The Sofia hotel front which has been relatively passive at the top end of the scale is about to get a bit of a shake up. Firstly the superbly centrally located Radisson Blu hotel is, in football terms, about to be transferred to the Intercontinental Hotels portfolio. The Radisson has been such for around 16 years now and one wonders for how long it will continue to be named as such just as the Marinella/Kempinski or whatever today’s name is, is often referred to as the New Otani or Japanese hotel!  Intercontinental Hotels actually used to have a presence in Sofia in the mid 90’s in what is now the Marinella; hence this will be a return to the capital for them.

Also came news that the Accor Group via partners the Orbis Group will open another Novotel and Ibis in Sofia in an as yet undisclosed location though the rumour is that it will be just off Hristo Botev Boulevard. The difference with this news is that the Novotel and Ibis will operate as a combo hotel i.e. certain facilities may be shared and the building is a mixed use facility. The ‘’4 star’’ type Novotel will have 150 rooms whereas the ”3” star bracket Ibis will have 100 rooms.

Mixed use facilities are now relatively common in places such as Dubai but are less common in Europe unless purpose new builds. To some extent the Novotel adjacent to the Mall of Sofia is a mixed use facility with both hotel accommodation and office facilities in the same construction.

The rise, rise and onward rise of Turkish Airlines seems to continue unabated with the news that the airline has just received its 300th plane. The carrier was only founded in 1933 and received its 100th plane as recently as 2006 whilst its fleet size reached 200 in 2013. A further 39 new aircraft are expected to be added to the fleet before the end of this year.

One wonders what sort of business model can sustain an annual loss of 1 billion USD?  Apparently Uber, the private car hire company is losing that amount of money per year in China. Uber claims its rival, Didi Kuadi, backed by two of China’s largest technology giants, are buying market share at any cost.

American based Uber should realise its now operating in a market economy where anything goes and that having a short simple name when compared with rivals does not always guarantee success.

Uber might also wish to get the Wikipedia definition of ‘nationalism’.