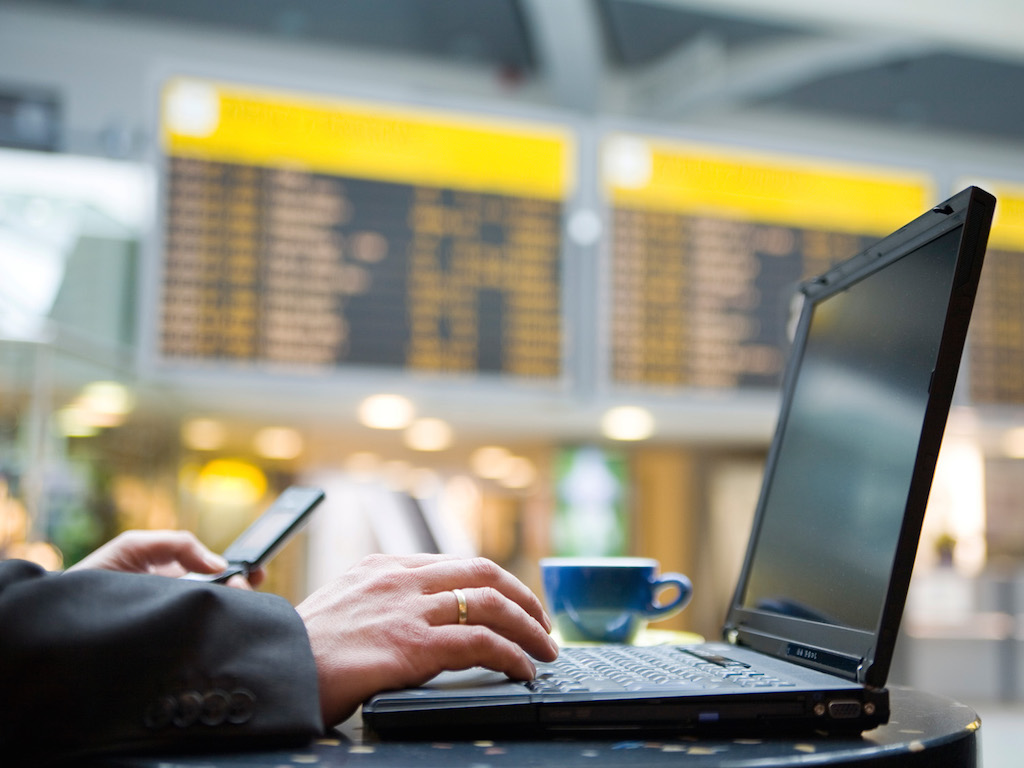 It would be interesting to know who actually conjured up the word ‘Brexit’ and therefore inadvertently entered themselves into the history books. The strange thing is that whilst everyone now knows what the word means, no-one actually knows what ‘”it will mean!”. If that statement earns the wry of language purists,  then no doubt so does the word ‘Brexit”.  Like the Y2K scam where lots of people made a lot of money out of re-selling fresh air and re-packaging common sense, one would almost sense the same consultants are now thinking how to make the threat of Brexit into a revenue generating business opportunity where once again they can re-package common sense and charge an even bigger fee for selling their knowledge and expertise; which actually translates to zero knowledge and zero expertise. If any knowledge or expertise was in plentiful supply, the barer of such a fruit would have stuck their head outside the M25, which for those readers not knowing the UK too well, is the motorway the runs around London and so cutting it off from the real world that is the UK. They might also have discovered that Manchester Man and Lincoln Lady think differently to Marylebone Man and London Lady.

The bottom line of the UK leaving (unless there is some sort of coup) the European Union is unfathomable and yet the TV, Radio and other media outlets are talking as if it’s the end of the world as we know it. The UK has traded with the rest of the world for thousands of years and will continue to do so in the future. All sorts of yes, buts and if’s are put forward why this is wrong but at the end of the day we all live (most of us anyway) in a democracy and having the freedom to vote does not always give the results that external third parties wish for. Perhaps that is why the UK is an advanced democracy and perhaps that is why the electorate saw in the EU what others do not; rightly or wrongly.

As for how this will affect Bulgaria no-one knows, even if they try to make you believe otherwise. It may well be the case that the UK views Bulgaria more favourably than other EU countries and becomes an even bigger friend! It may be that without the constraints of EU red tape, more and more business is facilitated between the two countries. As we say, no one knows but as we have done in Bulgaria for a couple of decades and longer now; let’s get on with it.

une saw the world’s longest and deepest rail tunnel opened in Switzerland with the 57km long twin bore Gothard Pass opening. The tunnel, which took almost two decades to build, cost more than 12 billion USD was only approved after a Swiss referendum vote. The tunnel will provide a high speed rail connection between Northern and Southern Europe and will move around 1 million lorries per year off the road and onto the rails.

As for other statistics, the tunnel travels 2.3kms below the surface of the Swiss mountains and through rock where the temperatures reach 46c. The total work was done within budget and on time. 260 freight trains and 65 passenger trains will run daily through the tunnel.

Just for the record, the previous longest tunnel was Japan’s 53km long Seikan rail tunnel and the third longest is the 50.5 km Channel Tunnel connecting the UK with Europe (sic).

Ryanair are, alongside Wizz Air, about to have a huge influence in local aviation affairs and despite their historical preference to treat customers with disdain, they do appear to have seen the light at the end of the tunnel. Perhaps this was facilitated by the fact that other rivals such as Easyjet had seen the light much earlier. The Irish based airline who, by the end of this year, will be operating out of Sofia to some 20 destinations have simplified their bag fee structure and now have in place a structure which is not dis-similar to the likes of BA and Lufthansa.

Their three levels of fees include ‘Basic’, which is hand baggage only although items such as a choice of seat allocation, hold baggage and priority boarding can be purchased separately, ‘”Leisure Plus’’ which includes checked bag, seat allocation and priority boarding, ‘’Business”’ which aside of the aforementioned also allows free change of ticket, smsconfirmations and fast track through security.

Putting the boot on the other foot, Ryanair are ‘”going where they said they would never tread”. They are becoming like everyone else – but cheaper!

The shear devil of airlines pushing revenue generating schemes to new levels was brought home in the USA recently when US based carriers amended the way they price multi stop tickets. For example if a travellerwished to travel from city A to B to C and then to D, stopping at each location, technology was primed to select the best available per between each sector and offer the price accordingly. The US carriers have now changed this to force technology to select the ‘”highest’ available fare between each point and then to combine these when offering a total fare. This has resulted – without notice by the airlines to the travelling public it should be noted – in a massive increase in the cost of such tickets.

The obvious solution therefore is to book numerous separate tickets between the various ports of call. However, the airlines have the ability if they spot a traveller doing this, to recharge the traveller’s credit card (all Americans use a card to purchase travel) with the amount the journey would cost if booked as one through ticket.

One cant but help think that such an act would be illegal but here we are talking about America and American aviation rules which thankfully do not always carry across the Atlantic thanks to EU control.

Dubai to cash in

Dubai, despite its apparent affluence is not immune from joining the game when it comes to adopting airport fees. The Emirate is now charging each passenger a fee of approximately 8 Euro’s for using the state of the art airport facilities. Children under two years of age are free.

The danger is that 7 Euro becomes 10 Euro and then the new fee continues onwards and upwards.

The power of airline crew trade unions is such that it appears that no matter what size and shape their crew members morph into, their jobs are sacrosanct. Having seen an American airline crew of what seemed to be retirement age checking into a Frankfurt hotel several years ago the thought sprung to mind of how indeed would many of them would fit down the aisles let alone work in them! Thus an eye catching news story this month was the one whereby Indian air regulator refused to relax its own rules on ‘”overweight” cabin crew and grounded 130 overweight (largely female) cabin crew.

The regulator said that the rules governing the ideal ‘’body mass index ’’ for crew members was drawn upon technical and efficiency grounds. Two years ago Indian airlines were requested to rate their crews as ‘normal’, ‘’overweight’ or ‘obese’ and ensure unfit crew lose weight within 18 months.

The only option for the crews falling foul of the weight limits are to lose weight – quickly, or take voluntary retirement.

European regional carrier VLM Airlines has filed for bankruptcy. The Antwerp based airline made a loss of 13m Euro in 2015; a small amount in some airlines eyes but big enough to cause collapse in others.

The much and indeed long discussed tender for the concession to operate Sofia Airport has been suspended following a complaint to the courts by two creditors of the airport. The Kuwaiti and UAE based construction companies who lodged the complaint won a verdict in the International Court of Arbitration in 2011 for damages of 26.8m USD and 10, 3 million in bank guarantees against the Sofia Airport Authority. The Bulgarian government had previously said that the winner of the concession would have no liabilities regarding outstanding debts.
This begs the question of how something such as this could have been overlooked in the first place as the tender was announced. Or, indeed, was it overlooked?
Expect nothing to happen fast regarding this soap opera.

US and Cuba to restore air links?

Six US airlines are in line to operate 20 daily flights from the USA to Cuba. The lucky 6 are American Airlines, Frontier Airlines, Jet Blue, Silver Airways, Southwest Airlines and Sun County Airlines.

The US cities to gain the links to 9 Cuban cities are Miami, Fort Lauderdale, Chicago, Minneapolis and Philadelphia.

The law of the media

The recent terrorist attack at the end of June at Istanbul Airport follows hard on the heels of the Brussels Airport attack in April and once again shows the fascination that terrorists seem to have with attacking airports. Just why this is so is an intriguing question but what is also interesting is how the media reported on the two incidents.

The Brussels attack was headline news for days and weeks on end across Europe whilst the Istanbul event seemed to leave the European media domain just as quick as it arrived. Whether this fact was influenced or indeed overtaken by the Brexit saga or whether Europe is viewed as Europe by European media sources and Turkey ‘not’ is also a subjective matter.

In what is being disguised as an attempt to help prevent terrorism in Europe, the European Parliament has approved the sharing of air passenger data (PNR’s) on all flights operating to and from the European Union. The law was first approved in 2011 but has taken five years to satisfy state privacy concerns. EU countries will now have two years to enact the law.

The US State Department is very efficient at releasing travel warnings to its citizens which more often than not these days amount to warnings of potential terrorist attacks in Europe with an underlying theme that Europe is the new ‘Columbia’ (sorry Columbia) with every city and every country a hot bed of activity and a threat to human life. It’s almost as if the USA is warning its citizens not to travel to Europe.

The number of people killed annually in the USA through gun deaths far exceeds terrorist fatalities in Europe. The unregulated gun laws makes the USA, to Europeans at least, look like the Wild West re-visited. Carbon copy gun attacks on schools appear to be ‘”all in a days work’’ in the USA and if it’s not the bad guys carrying the guns, then there is also the perception that the law authorities seem to shoot first and ask questions later. Yet Europe does not issue travel warnings to its citizens warning of the serious risks of being caught up in some gang land battle, school hostage situation or whatever; maybe it should!

Perhaps at the end of the day Europe is just a bit more mature in nature.

Editorial The shape of things to come A recent announcement by Ryanair contains news that, on the…