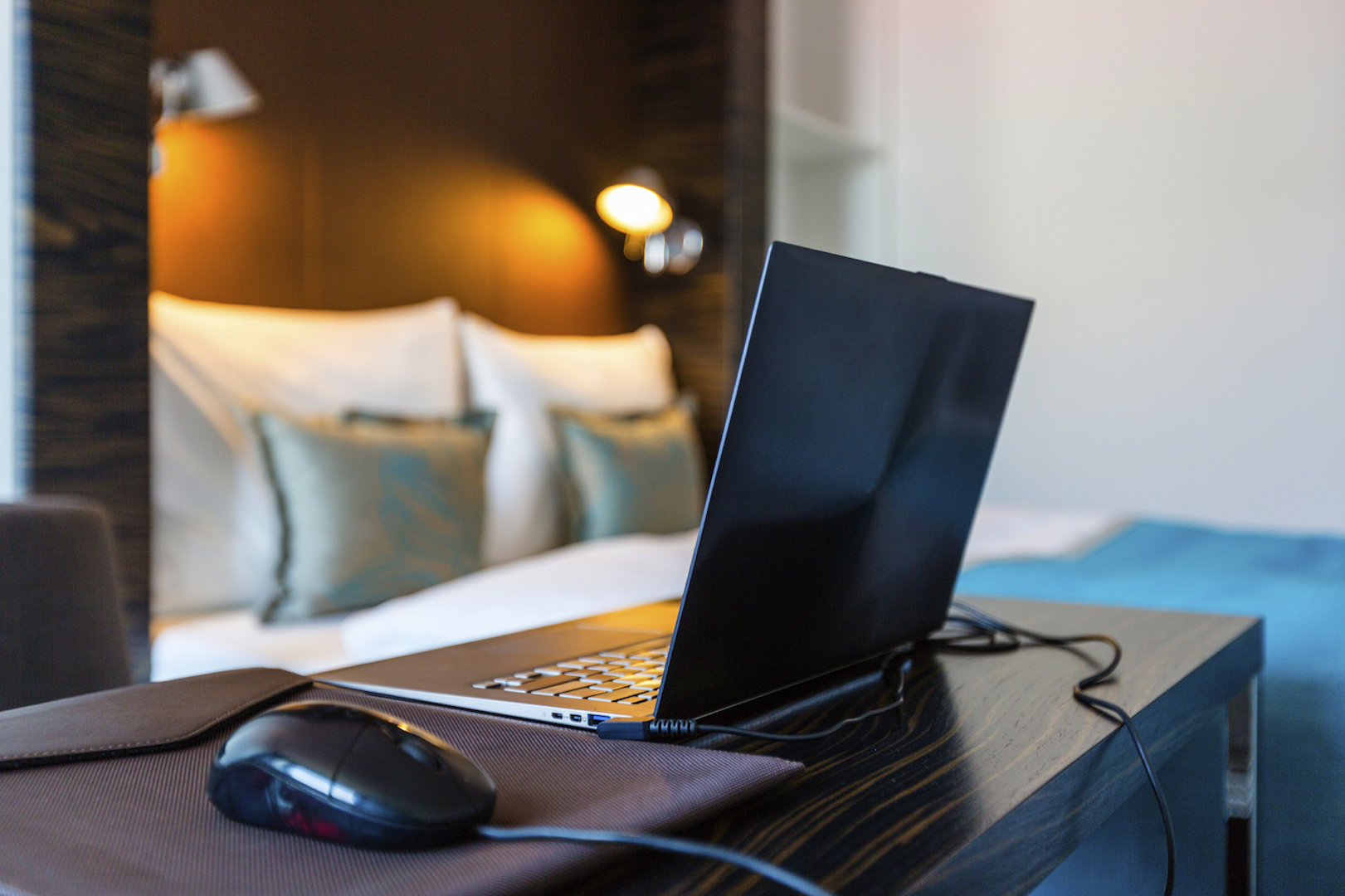 Sofia’s new airport terminal opened in the last days of 2006 to coincide with the country’s accession into the EU in January 2007. The new facility is certainly “up to the mark’ and matches many such airport terminals around Europe in terms of quality, space, brightness and functionality. It is never over crowded and seems to be ‘”fit for purpose.” Parallel with this, the passenger traffic at Sofia is currently going through a significant growth period; passenger numbers were up an excellent 7.2% in 2015 compared with the previous year, for the first eight months of this year the increase is a massive 13.6%! There is a problem though. This growth is being driven by the so called Low Cost Carriers e.g. Wizz, Easyjet etc., and these airlines operate not from the spacious new terminal but the old partially refurbished terminal whose infrastructure now can barely cope with the surge.

For 2015, Wizz Air carried the most passengers of any airline from Sofia with a 29% market share; Easyjet had 4.6%. From the traditional carriers – who use the new terminal – Bulgaria Air had a 27% market share and Lufthansa/Austrian 7.1%. The likes of Turkish and BA had 4.5% and 2.6% respectively. The bottom line from this is that the spacious new terminal was handling only marginally more than the old cramped terminal. It doesn’t stop there though.

In 2017, both Wizz and Easyjet have been increasing their presence and hence passenger numbers from Sofia and on top of that….Ryanair has arrived and by the end of the year will operate to 21 destinations. Wizz are currently reporting that their own growth this year so far, year on year is 30%! By the end of this year or early next year, it is highly likely that the old terminal will be handling more passengers than the new Terminal 2. That wasn’t in the plans in 2006.

This should however be seen in some positive light as its testimony perhaps to the buoyant business market or perhaps to Sofia and Bulgaria being added to many peoples tourist map. For those using the old Terminal 1 though, at certain times of day when the “’waves’’ are departing, the scene in and around Terminal 1 is manic! Cars can’t get to the Terminal to drop off passengers and indeed barely any provision is made for ‘passenger drop offs.’ The car park is usually full or almost full creating tail backs to the traffic lights and inside the building, the security queues have to work at full speed to clear the throngs of people that seem to swamp them. Airside the catering offerings are limited to say the least and the holding and seating areas do not have the capability to hold so many people at certain times of day.

It might be claimed that the airport and the airport authorities have ‘got it wrong’’ in their planning but on the other hand, even if the arrival of Wizz, Easyjet and Ryanair was expected, the impact they are having on Bulgaria, on the city of Sofia and on passenger numbers probably no-one would have forecast even a few short years ago.

Meanwhile if you are using Terminal 1 for a flight – get their early as indeed the LCC’s themselves are now advising people.

The world’s major airlines generated a staggering 40.5 billion USD in revenue from the sale of ‘ancillaries’ in 2015, a figure which is 8.7% of the total sales revenue. The USA’s United Airlines topped the list with 6,2 billion USD followed by American Airlines with 4.7 billion USD and Delta with 3.7 billion USD. In Europe the leader was Air France/KLM with 2.1 billion USD.

An ‘”ancillary’ sale is defined as ‘revenue beyond the sale of tickets that is generated by direct sales to passengers or indirectly as a part of the travel experience’. In normal speak this means the revenue from things like seat selection, in flight meals and priority boarding.

Ryanair’s decision to begin flight operations from Sofia in addition to its existing sole flight from Plovdiv to the UK, will have no doubt ruffled feathers in many places; they will no doubt challenge Sofia Airports largest carrier by passenger number – Wizz Air and they will no doubt prove to be yet another airline that puts a knife into the body that is Bulgaria Air. The fact that inside one year, Ryanair will go from zero to flying to 21 destinations (with more no doubt to follow) is, quite frankly, remarkable and for anyone doubting the wisdom in this move it should equally be pointed out that Ryanair generally don’t ‘get it wrong’. When they fly to a destination they aim to be the biggest and along with that invariably comes the tag ‘”the cheapest”. In this part of the world, the words biggest and cheapest are generally inseparable!

The good news for travellers is that as more competition appears then this keeps fares in check and it allows more and more people to travel where in the past, cost excluded them from this privilege. The fact that record numbers of people are travelling from the country’s main airport simply confirms peoples desire to travel and plaudits have to go to the Wizz’s and Easyjets of this world for making the world a smaller place and making many peoples wishes come true.

The practicalities of railway security screening

The Belgium government has announced plans to introduce airport type screening on international train travel from next year. Or so it says! Whilst this might sound reasonable and plausible in 2016, the fact of the matter is that this claim may well be easier said than done.

Airports have been designed (the modern ones at least) to handle large numbers of passengers in holding areas but railway stations have not; indeed without a major and expensive revamp, most railway stations would not be able to adopt airport type security structures.

Also what happens when a traveller connects from a local train onto an international train and what about screening for the oversize bags people carry on trains but not on planes? Additionally there would need to be similar screening at every station the train stops at along its route which for international trains would also then mean each country has to have reciprocal security facilities whether it likes it or not.

In practical terms, this announcement by the Belgians, whilst made in good faith, is about as likely to materialize as the French are to stop striking. Its all well and good politicians making the right noises at the right time but occasionally they have to know the subject they are talking about.

A room with a view?

Building work has begun in earnest adjacent to the ‘Levski Monument” roundabout where a new Hyatt Hotel will add its presence to the local hotel scene. Where the old Serdika Hotel once stood is now a large hole gazed upon by the rear of numerous private apartments; many of which look like they could use some love and attention themselves. Which begs the question when the Hyatt starts to take bookings, rather than ‘’sea view or mountain view’ rooms, will the Hyatt have ‘”roundabout or close up of old apartment that badly needs refurbishment view” room!

The Hyatt owners could do worse then spend a few stotinki on an act of generosity and ‘refurb” the facades of the buildings to the rear of it.

Shorter than short hop to start

A little known Austrian Airline, ‘People’s Viennaline’ who currently operate to just four destinations, plan to launch what is thought to be the worlds shortest international route between Friedrichshafen in Germany and St. Gallen in Switzerland. The flights will cover 20kms and take eight minutes. In between the two cities is Lake Constance and the journey around the lake by road is around 65 kms.

Sofia to Pernik flights might yet have a future.

British Airways is expected to announce that it will start to sell Marks & Spencer food on board its short haul flights from January 2017. What is as yet unclear is whether this will also apply to Business Class Passengers although the logic (since when did airlines ever engage logic?) is that free food will remain for those paying a premium.

What is also interesting is that if you make a booking now for next year then food is part of the offering and one assumes pricing. On the new test BA website though this information is not included so the question will arise how to differentiate between those passengers who booked (and paid) for a meal and those who did not?

Held to ransom by absurdity

A Muslim woman in the USA is suing her employer, Express Jet for ‘refusing to provide a reasonable religious accommodation’. The issue; she discovered she was expected to serve alcohol as a part of her job! When she refused (in effect to do her job), her employers stood her down.

One would have thought that people of a normal mind would know what the job requirements are before one applies for the position: a barman would pour drinks and a waiter might serve alcohol and a pork dish! If you don’t like the thought of doing that then you don’t apply for the job.

Not in the USA apparently. Hopefully even the often illogical judicial system this time would throw this claim out (and maybe suggest to the airline that they fire her).

Chinese Airlines are expected to spend 1 trillion USD over the next twenty years on 6,810 new aircraft. That is according to airplane manufacturer Boeing.

That’s a lot of business so best maybe if the new American president doesn’t upset the Chinese government or rival manufacturer Airbus will be happy to snap up the lions share of the orders.

First ever A380 in Sofia

Lufthansa will create a stir for aviation anoraks in October when on the 16th October it will bring one of its A380’s to Sofia.

The flight is being run as a marketing event with the plane landing at 11.30am where there are sure to be large crowds of people eager to see a ‘”first’’ in the country.

When will something finally be done to bring the French into the world of reality? So far this year the French Air Traffic Control has been on strike 14 times!  If the striking workers were not paid whilst they are causing mayhem then maybe they might think twice; although with 35 hour weeks and long lunches it’s a wonder they find the time to strike at all. Rest assured they won’t strike at the weekend though as no-one works on a weekend anyway.

London Heathrow was Europe’s most frequented airport facility with 74 million.