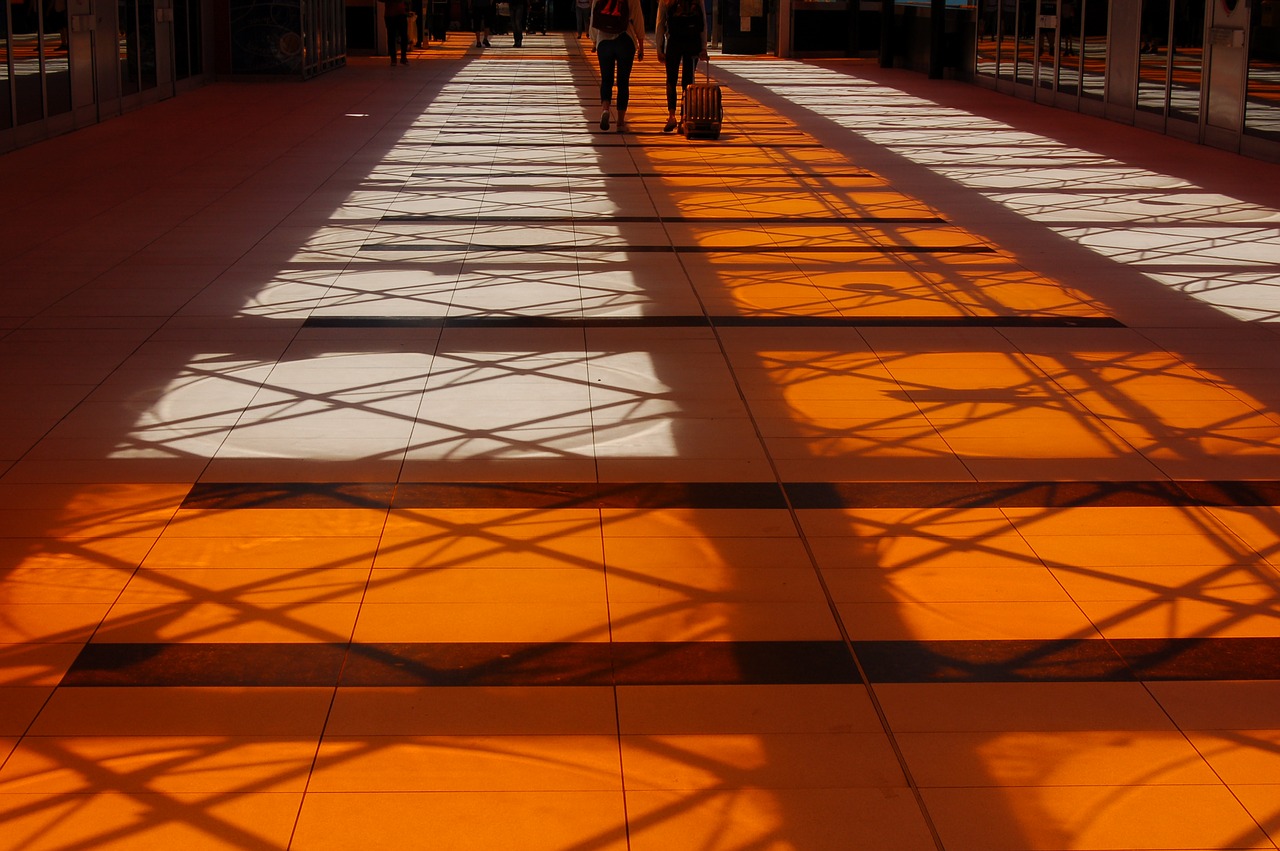 Forget the water and contact lens solution, here’s a gun

The recent shooting at Fort Lauderdale Airport puts the whole security charade into perspective and highlights the farce behind airport security. Starting at the bottom of the ladder, in many airports across the globe, many workers in areas such as baggage handling and in catering are contractors and whilst their employers should do security checks on them, often they don’t with the result that any Tom, Dick or Harry can invariably get access to a plane let alone an airport. Ten years ago, a swoop on Chicago’s O’Hare Airport yielded 24 illegal immigrants working at the facility and 110 people using fake ID badges! No doubt with the world as it now is, such practices have  more attention focused on them yet at Europe’s main airports such as London Heathrow, Frankfurt, Amsterdam and Paris it often seems like a United Nations gathering when it comes to employees and it would be far from impossible that illegal workers are still in areas they shouldn’t be.

What people also forget is that here in Europe, we can’t even take liquids onto a plane yet in the USA, it’s perfectly legal to carry a gun in your checked baggage together with the ammo for it.  This is exactly what happened at Fort Lauderdale when the person responsible for the shooting simply transported his legal weapon in a legal manner on a plane and then simply loaded it and killed scores when he arrived at his destination. So why the farce at airports around stopping people carrying liquids on board a flight?

It’s also true that luckily Europe is not so lax with its rules regarding the carrying of guns and equally, Europeans are not quite as gun crazy as Americans, but what such an incident does is simply highlight the anomalies in aviation security when one moves around the globe. One final comment on the subject which, for some strange reason seems not to have found its way into the main media headlines is the fact that the Fort Lauderdale incident involved a 25 year old by the name of Esteban Santiago, who, we are told, had mental problems. He may have had such an illness but this didn’t stop him joining the US army in 2007 by which time he had changed his name to Aashiq Hammad. No comment.

Towards the end of last year we wrote about the implosion taking place at the old Terminal 1 at Sofia Airport where, through no fault of anyone, the rise and continued rise in the operations and frequencies of Low Cost airlines meant that the infrastructure in the “”old”” terminal was creaking under ever increasing passenger numbers. Suddenly in January, it was announced that with almost immediate effect, Ryanair, the newest of the Low Cost airlines to start operations in Sofia, would move to the new Terminal 2.

The airport apparently took the decision to ask/force/request Ryanair to do this through necessity rather than choice. For Ryanair and its passengers this is a massive bonus as they now have the facilities of a modern airport terminal at their disposal and apparently they will not be paying any extra handling fees to the airport for the “’upgrade’. Indeed, to appease the airlines already paying the higher operating fees associated with the new Terminal 2, the airport management had to reduce the existing fees of the incumbent Terminal 2 airlines as a peace offering before the situation got out of hand.

Of course, the decision to ask/request/force Ryanairto move into the more modern terminal will have had nothing to do with the fact that Ryanair had raised questions in the European Court about rival airline Bulgaria Air who have apparently not been paying the airports landing fees for some years and to which Ryanair were describing this non collection as ‘”unofficial state aid to an airline”’.

One of Bulgaria’s major Tour Operators entered bankruptcy proceedings just before the Christmas holidays. Alfa Tours, who specialized in packages to Tunisia, Egypt and Turkey, blamed current unrest and aggressive market penetration by Low Cost Carriers on its demise.

Couple of mute points perhaps: surely any tour operator who in the past has built his portfolio around travel to such destinations would have changed tack a long time ago and also, we were not aware that Low Cost Carriers operated from Sofia to Tunisia, Egypt or Turkey!

The shape of things to come

In order to compete with so called Low Cost Carriers, traditional airlines usually come up with the idea to start their own similar version but under a different guise: think Eurowings with Lufthansa or HOP! withAir France. America Airlines though might have come up with the easy option with their attempts to stop passengers defecting to such rival airlines. They are to introduce a “Basic Economy’” fare which goes in exactly the opposite direction of ‘”Premium Economy’” in that it is stripped down so that passengers paying for such a ticket can only take on board a small bag that will fit under the seat in front, they wont be able to make seat assignments and they will have to board the aircraft last.  Tickets will be totally non changeable or refundable and if they decide to take a bag at the last minute they will pay a penalty of 25 USD over and above the standard baggage fee.

It will be interesting to see how the airlines all these multitude of different classes on board their flights and how they appease premium paying passengers at the front of the plane when at the other end they are stripping down the service level to a bare minimum.

The tourism industry in Bulgaria must be doing something right as it had the highest increase of all EU countries in terms of number of nights spent in tourist accommodation during the past year. The total nights recorded was 25.2 million, an increase of 17.9% on the previous year. The second highest increase was recorded by Slovakia with 16% and then Poland with 11.8%.  The only significant falls were recorded by France with -4.6% which represents 19 million nights and the UK with -4.5% or 14 million nights.

In absolute numbers however the figures for Bulgaria, however impressive and which would no doubt be aided if all tourist accommodations recorded visitor stays, are dwarfed when one measures the total numbers of nights spent in Spain 454 million with 294 million of these undertaken by non nationals, with France and Italy both recording 395 million nights of which 122 and 196 million respectively were spent by non nationals.

The needle in the haystack search masquerading as the hunt for the Malaysian Airlines flight MH 370 that went missing three years ago has been suspended.

The cessation comes after a fruitless search of 46,300 square miles of the Indian Ocean where the plane is thought to have come down. Just seven pieces of the planes wreckage have been recovered, the discovery of which and the location of where they were discovered seemed to ring bells that the search was in the wrong place all the time.

The plane was in fact spotted flying over the Maldives by many people but that fact, for some reason, was ignored.

Bigger until the biggest

Just to add spice to the equation, Lufthansa is investing heavily in its Eurowings brand to try compete with Ryanair who, in turn, seem determined to keep Lufthansa ‘focused” on the task by announcing it will also start flights from the Lufthansa main base in Frankfurt; watch this space!

Just a reminder that British Airways stopped with free food service on their short haul flights including Sofia, as of the 11th January. Food and drinks have now to be paid for although passengers can of course bring their own food on board.

Just to make things even more complicated, cash payments are not allowed on board!

Greece is the word

It looks like Greece will be ‘”back in favour’” for summer holidays in 2017 as research done over the recent Christmas and New Year period in the UK shows Greece to be the single most searched destination for summer holidays. That said, combined, the Spanish areas of The Canaries, Balearics and mainland Spain actually accounted for the most searches if one combines them.

Some 36% of all searches were for the combined Spanish destinations but Greece still came out with a whopping 16% of all searches. These figures will no doubt be influenced by the fact that to most Europeans, destinations like Egypt, Tunisia and even Turkey are now “no go” areas, rightly or wrongly.

Anyone wishing to test their powers of self controland drive through Paris between Monday and Friday now need to apply for a ”pollution sticker’. Hire cars will or should already be issued with such coverage but anyone taking their own car needs to obtain a sticker before entering the city.

The measure has been introduced to reduce car fumes in the French capital. That said, it is hard to see how a sticker on the window of a car reduces pollution!

Emirates might have scored an own goal with the introduction of paid access to their premium lounges at their main hub base in Dubai. Any entry level frequent flyer member can now pay 100 USD to gain access for four hours to the airlines business lounge whilst for 200 USD they can upgrade to the First Class Lounge! Existing Gold and Silver Card members and who already get lounge access can also upgrade to the First Class Lounge for 100 USD.

Surely, one of the reasons that people pay a premium to travel in Business or even First Class is to have the air of exclusivity and to be far from the rank and file in the relative peace and tranquility that such a lounge offers. The very last thing they want to feel is the premium fares that they have paid is being under valued by the recipient airline through diminished services and/or facilities. The scores of others now allowed access to the lounges would in real terms diminish the ability to rest or work in peace in premium lounges.

The on-going saga of Berlin’s new Brandenburg Airport rumbles on with the official announcement that the opening of the facility will not take place this year. At which point many cynics will burst into laughter.
The opening of the airport has been delayed four times with the original opening date due back in 2011; most “un-Germanic’”.
The latest excuse states that there are problems with several hundred doors and the sprinkler systems with only 20% of the 1,400 doors working properly. The report, designed obviously to be believable stated that in a safety test the doors wouldn’t close and the sprinkler system wouldn’t start.
So doors and a sprinkler system have caused a 6 year delay? Hardly! The doors and sprinklers may not now work and especially if for 6 years they have been idle, but this is not the real reason for the airports failure to open; the real reason however seems to be a closely guarded state secret.