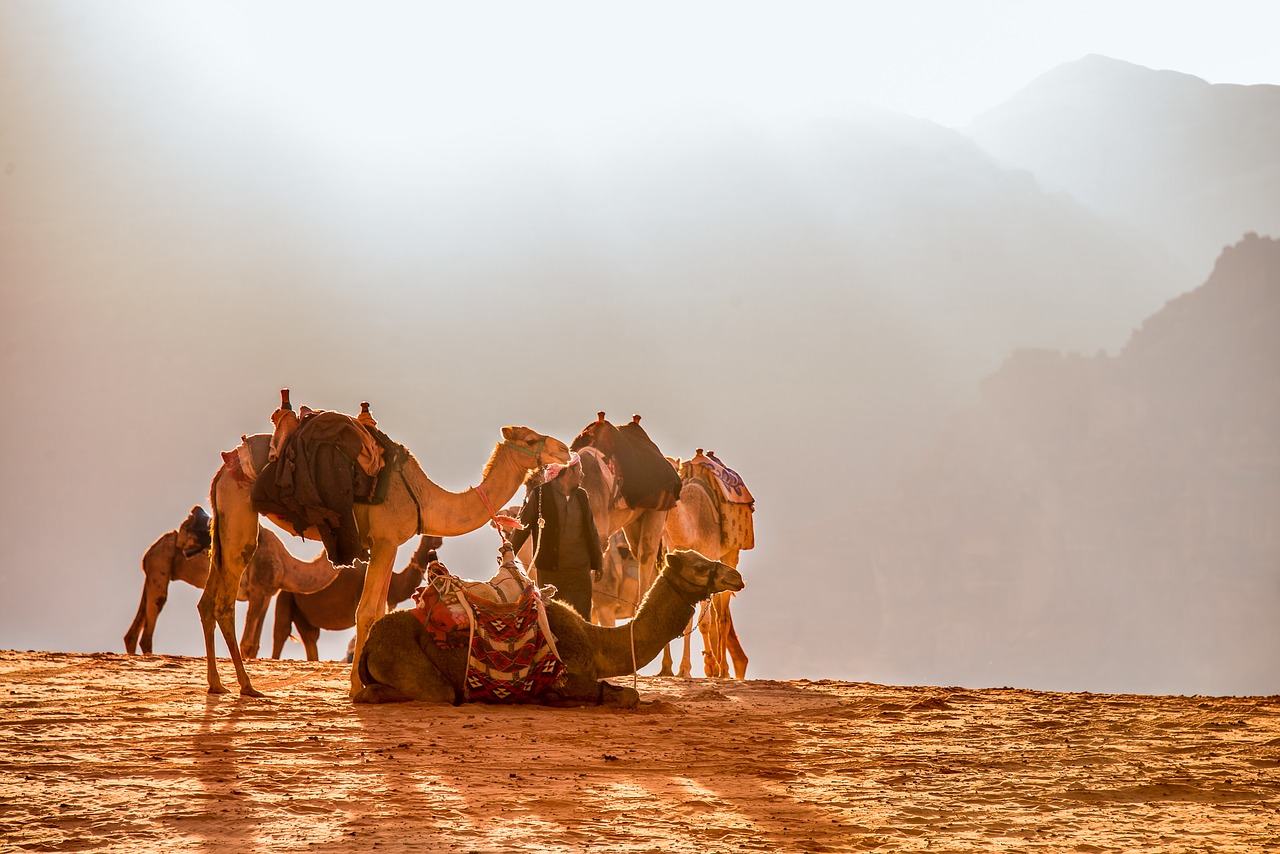 The laws of economics and to supply and demand theory seems to be severely questioned when Low Cost Airlines enter a market. It seems in most cases they create a demand by offering a new supply; which in this case refers to airline seats. When Low Cost Airlines or No Frills airlines, as they were once called, first started their lives, they would fly to (for example) places in the UK that French people had never heard of to places in France that most Uk people had also never heard of! It then expanded to places in Poland and Romania that no one else in Europe had also ever heard of! Not that this mattered as the business model worked and probably also re wrote the text books of marketing with it. The explosion – a perfectly suitable word that doesn’t exaggerate the situation – that Bulgaria has seen both with its arrivals and with the new opportunities to travel for locals which are presented to both the well-travelled and the newcomers to the game, are almost entirely thanks to the LCCS (low cost carriers). As far as the latter scenario is concerned, the holiday to the Black Sea, for many, has been replaced with holidays to Spain, Italy and elsewhere. The short break to Europe that just ten years ago was a pipedream has now gone beyond Barcelona and London to Dubai. Holidays or short breaks to the likes of Qatar and Dubai are as quick and easy as driving to Varna and often little more expensive! Local Tour Operators abound with such holiday offers, but soon the exotic (as these places were once perceived) will have another previously un- thought of exotic destination as a rival: Aqaba in Jordan.

Ryanair plan to start flights twice weekly to the coastal city on the Red Sea later in 2018 The move is part of wider plans to move into the Middle East with flights to both Aqaba and the capital Amman being operated from airports across Europe including Prague, Bucharest and Budapest (as well as Sofia) to name but a few.

Even for the ‘”travel experienced’, Aqaba sounds fanciful but Ryanair get it right more than they get it wrong! From a local perspective the interest which is reflected in the demand for flights to Dubai etc shows there is an untapped interest to travel. Aqaba is relative close, has great year round weather, is a beach resort and is relatively inexpensive. Also – here comes the ace card – it’s a stone’s throw from Eilat in Israel and the Taba Resort areas of Egypt. Just as an idea of time, Eilat is about 20 mins from Aqaba and Taba is not much further. There is even a ferry from Aqaba to Taba akin to the Greek Ferries! Also, if there is demand from Bulgaria to these areas, there is also likely to be demand from these same areas to visit Bulgaria be it to ski, shop, sight see or visit the casinos! A win win situation one might say.

It’s too early to forecast how this new route will pan out in the future but what we see and have seen over the years are the boundaries to travel being pushed further whilst at the same time the barriers to them being broken. If Bulgaria were to award a medal for services to the country, rather than giving them to a foreign Ambassador as tradition seems to suggest, they should give them to the likes of Ryanair and Wizz Air.

The boom in air traffic in and out of Sofia Airport sees no signs of abating. Figures for January this year show almost 500,000 passengers using the capitals airport, a rise of 6.6% year on year. This figure is arrived at from passengers using 4500 flights which itself equates to an average of 145 flights per day using Terminals 1 and 2.

Change occurs slowly in Germany, the country itself being one of the last bastions of traditional conservatism. Thus it was almost a shock that, after a mere 30 years of having the same livery on its fleet, Lufthansa has gone radical and unveiled a new livery. However, this radicalism is tempered when one actually sees the change. The old yellow colour is replaced with a blue themed livery but don’t worry folks, the crane bird which is the airlines iconic symbol, is still flying.

Where Not To Drive

Ever wondered which cities to avoid when driving? The following are the worlds ten most congested cities based on the average hours’ people spend in congestion and the percentage of the total drive time spent in congestion: –

It’s All In A Name

It’s funny how the wheels of commerce are turned and palms greased in colossal amounts simply because some Marketing Graduate decides a name change is required by his or her employer. Hotel Group Carlson Rezidor is one point in question as they have decided to change their name. In what might actually be a logical move, it will take on the name of the groups marquee brand: Radisson. The new organization being now known as The Radisson Hotel Group. One does wonder though why it took them so long to do the obvious? Virtually no one knew Carlson anyway but many did recognize the Radisson brand. Also worth noting is the cost of the rebranding project; 200m USD! A nice little earner for a branding company.

Also on the same theme, not many this side of the pond will have heard of Priceline but most will have heard of its main brand: Booking.com Therefore like Radisson they are now going to take advantage of the name” Booking’” and call itself Booking Holdings.

A curious and indeed intriguing story from the Marriott Hotel Group this month; they are to stop using plastic straws across all of its UK properties with immediate effect. The move affects 60 UK properties and has come about because of concern over the levels of plastic pollution. A new hot topic across Europe and the UK.

The Marriott say that its UK hotels used an amazing 300,000 straws in 2017 and that from now on, anyone wishing to use a straw will be offered a bio degradable one.

At this time of year, the schools close and the work place is full of vacant chairs as colleagues fall foul of the flu and other such illnesses. Places where lots of people pass through or mingle are obvious sources of virus spreading and thus it’s no surprise to learn that airports can be one of the main locations people can come into contact with germs. However, have you ever wondered exactly where          in an airport or indeed when airborne are you at most risk of catching something you wish you hadn’t?

Researchers found that the airline self-check in computers were the likeliest place you would come into contact with a virus and to put this into perspective, the screens examined in the survey were more dangerous than a toilet seat! Next dodgiest place were gate seat armrests followed by the buttons on water drinking fountains. Also scoring badly were on board lavatory flush buttons, seat trays and seatbelt buckles.

Funnily enough there is no aviation regulation on how frequently aircraft are cleaned with each airline deciding when and how well their planes are cleaned and even then, the trend (for cost) is to use general cleaning fluids rather than stronger disinfectants.

So another business opportunity for airlines: the onboard sale of rubber gloves!

Brisbane Airport is set to become the world’s airport to accept cryptocurrency payments in its terminal shopping area. It is teaming up with a crypto currency firm to offer shopping using Bitcoin, ethereum and other digital currencies.

Interesting that the spell check on this typing doesn’t recognize ethereum!  For sure it does recognize Dollar and Euro!

Ryanair are certainly not everyone’s favourite airline, so much so that 13 people lodged complaints with the UK Advertising Standards Authority over the airlines claims that last year it was ‘Europe’s Number One’” airline! Ryanair, it may be recalled, cancelled 645,000passengers flights last year after a cock up with pilots’ rosters.

It’s not often authorities side with Ryanair who must be savouring the moment!

Airlines in the USA have been re –writing their rules regarding”” emotional support’” animals after a well-publicized farce involving United Airlines who refused to allow a peacock on board! The peacock’s owner had been told several times by the airline that the animal would not be allowed on the plane with her despite the owner buying a seat for it! Interestingly enough, the USA media had very little sympathy for the passenger.

Figures for 2017 show some 8.88m tourists visited these shores, an increase of 7,6% on the previous year. The Ministry of Tourism are aiming high for 2018 and hope to attract 10m. The fact of the matter is that with the likes of Airbnb in the equation and no sensible means of counting which are tourist arrivals on a plane, or train or via bus and coach, then it’s quite conceivable that the 10m figure may already have been attained.  Despite the excellent figures and noises coming from the Ministry and indeed the Minister who obviously has the county at heart, one comment that did not go unnoticed was the statement that the ministry wants to attract more “” high class tourists who would stay at 5 star hotels and spend a lot”.

Aside of quite a number of wealthy Russians who might find travel to Western Europe out of bounds, Bulgaria does not have the necessary elements to attract such high spenders, unless a few can be encouraged into the many casinos’ that now prevail. Hotels might pretend to be five star but they are far from it on the international stage. Can a five-star hotel in London or Paris be the same as ‘a five star’” in Sofia? No. Can the many glossy and indeed kitsch Black Sea hotels compare with those across other parts of the Med? No.  Or they can with the gloss and the glass but hotels at that end of the scale are about much more than gloss and glass, the people who frequent them are looking for five-star quality and service as well as facilities. The build or finish quality in most hotels in the country is poor by international standards and as for service, it barely would reach 3 star let alone 5 star. All this is without mentioning cuisine where 5 star demands extend beyond a shopska and kabab. The root cause of this service issue is in training with such facilities and infrastructure for training almost being nonexistent in the country even if in- experienced hotel owners claim otherwise.

Five star clients will never be the bread and butter for any local tourism product and those who are smart know that. More profit can be made from a good three-star hotel than a poor 5-star hotel: if only hotel owners ego’s and eagerness for social respectability can be satisfied (Maslow’s hierarchy of needs). Bulgaria offers its audience a value for money proposition that matches any in Europe in the three star and four-star category. It doesn’t need to re-invent the wheel.

Las Vegas Airport has installed cannabis disposal amnesty boxes which offers passengers a last chance to get rid of their habit before they pass through security. The large green boxes are located in front of the departure terminal.

Smoking pot is legal in Nevada State where Las Vegas is situated but possession inside an airport terminal is an offence.