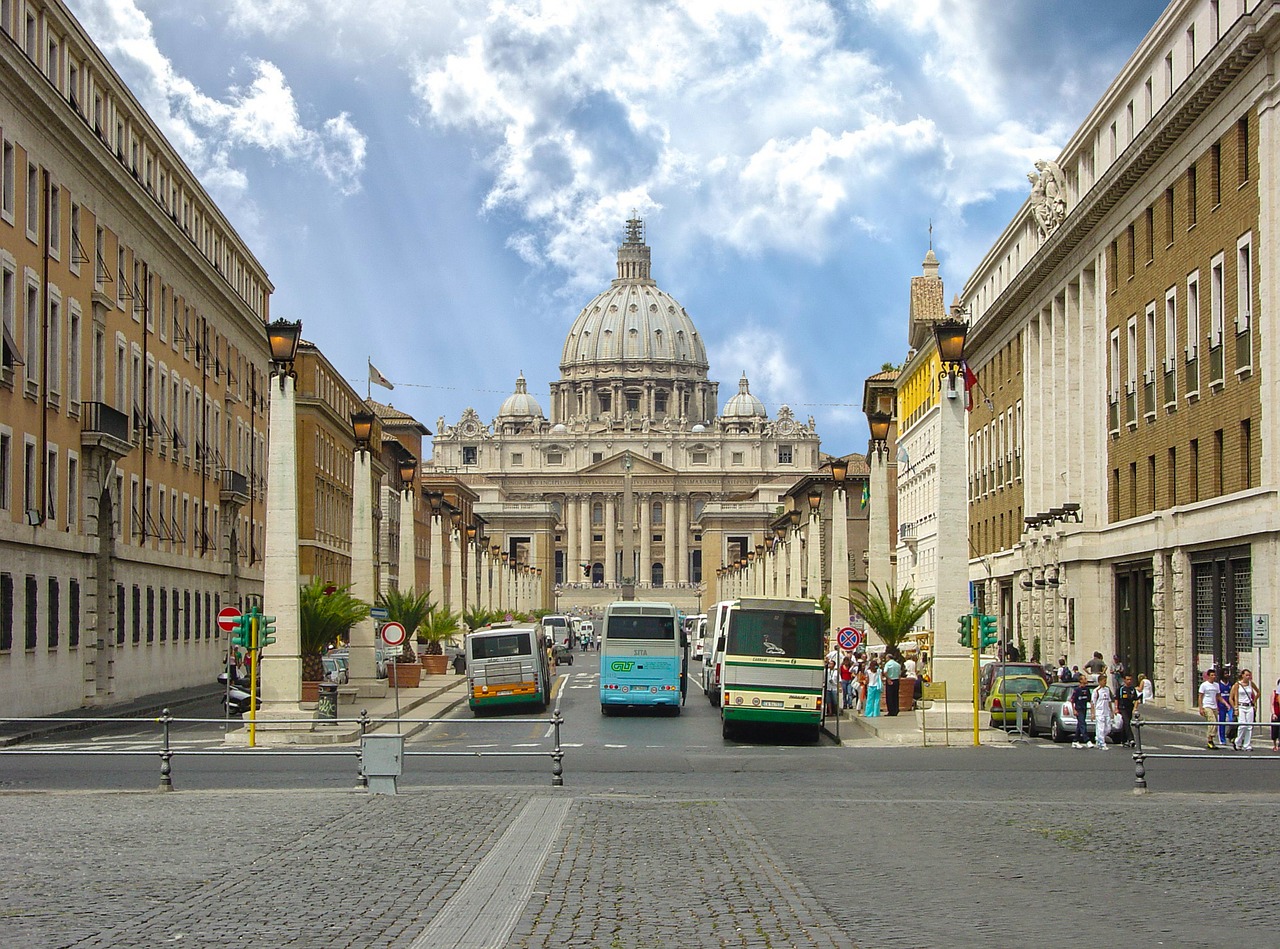 Is the writing on the wall

As Bulgaria stepped out of communism and into the free world (sic) in the early 1990s, one airline company was vital for the new found connectivity that the country needed with the new outside world; that airline was not Balkan of various guises, but Austrian Airlines. As the 90’s ticked by and the new millennium arrived, Austrian became even more important to the local business world as the route through Vienna was the gateway to many, if not all, places where commercial activity was focused in Europe. Indeed, the airline became a vital cog in the wheel of connectivity between new Europe and old Europe. Has the era of Austrian Airlines gone and is it about to be put to grass by its new masters, Lufthansa?

Let me say at the outset though that Austrian remains the carrier of choice for many local business travellers and there are numerous reasons for this from the convenience of their numerous flight times, to the service and functionality of Vienna Airport. The airline currently operates around 29 flights per week to Sofia: an indicator in itself of the popularity of the airline as well as its importance to the business community. So why the fear about its future?

Austrian has suffered financial turbulence like many other airlines and was gobbled up by Lufthansa in 2009. Since that time, one can hardly say that the airline has been the focus of much investment by its new owners. Its widely known that the ‘’traditional” airlines like Lufthansa, Air France and BA have found it almost impossible to make a profit on their short-haul operations, itself the heartland of the Austrian business model. These ‘” traditional’” airlines make whatever money they can on Long Haul routes and ideally on Long Haul routes where competition is kept to a minimum. In many respects, the historic business model has been (past tense) that an airlines loss making short haul (read European) network feeds the profitable Long Haul network and at the end of the day, the ink turns black rather than red. It’s therefore logical that to be profitable a traditional airline model requires the airline to have a long haul network and a long haul fleet: here lays the problem. Austrian has just 6 Boeing 767 and 6 Boeing 777 planes for its long-haul flights and what’s more, they are an average of 23 and 18 years old respectively. That’s ancient in today’s terms. To paint an even bleaker picture on matters, the Austrian fleet in total is one of the oldest in Europe at an average of 14.4 years old. Compare this with the new kids on the block like Wizz and Ryanair whose fleets are roughly 5 years old and are therefore not only more modern but also more fuel efficient. Just to compare like with like, BA’s fleet is roughly 12 years old on average but unlike Austrian, they seem to have a clear plan of fleet replacement.

The bottom line, even if it is opaque, is that Lufthansa’s lack of investment in Austrian is sending all the wrong signals and it becomes a vicious circle. Austrians return on investment because of its ageing fleet is just 4% which is roughly half that earned by other Lufthansa group members. Investment is needed urgently by Austrian if it to compete on the European stage but it will also likely need a radical change in its business model if it is to survive in the longer term. The danger is, not that this would surprise many, the airline simply becomes a small regional airline feeding the main hubs of Munich, Frankfurt and even Zurich. Therefore, providing some value to its masters despite what the wider audience of business travellers would dearly prefer; namely a strong, modern and relevant Austrian.

The once famous luxury liner the QE2 has finally opened as a floating hotel in Dubai.

Plans for the ship to be converted into a hotel were put on hold shortly after it was sold in 2007 as the global recession started to bite. Today, the ship has 224 guest rooms spread over 13 decks along with numerous restaurants and bars.

Plans are also for the ship to have private island style beach which will open in 2019.

What happens when you can’t “go up’”? The answer is you ‘” go down””.  This is the somewhat new approach being adopted to the newest hotel in London’s Leicester Square. The hotel in question is “” The Londoner” which will be part of the Edwardian Hotels Group and which is due to open in 2020. The top floor will have stunning views over the London skyline but it’s below the surface where a different approach is being adopted.

The hotel will have 6 floors below ground level making it almost as deep as it is high. Potential guests, however, will be pleased to know that the guest bedrooms are all above ground level. This is the first hotel in the UK to be designed to this depth.

In order to make the project achievable a special excavator had to be designed to be able to dig deep enough and it should also be remembered that Leicester Square is at the very heart of London’s West End so the logistics in getting work lorries in and out is also a huge challenge.

One hopes the damp-proofing is up to scratch.

The European Union is supposedly about to commence ‘” lie detector’” tests to screen people crossing its borders! The EU officials, who clearly have nothing else better to do, say that AI (artificial intelligence) systems will allow travellers to update images of their passports and other documents, then uses an animated border guard on a video screen to ask questions. Supposedly, the technology then detects deceptions by analysing micro-expressions of travellers to figure out if they are lying! Anyone flagged up as being suspicious will then be interviewed by a real border guard.

Supposedly the testing will take place in Hungary, Greece and Latvia.

One question that readily springs to mind is if the apparatus will ever go on strike? If the system is to be used in France and Italy, then no doubt it will have to be configured to take strike action once per month!

The recently held World Ski Awards might have well been a cut and paste from 2017 when it comes to local winners; not that they didn’t deserve the acclaim as indeed they each do.

The top Bulgarian resort once again went to Bansko which won the award for the fifth time in a row. The top ski hotel in the country went to The Kempinski Bansko and the best boutique Ski Hotel went to the Alpin in Borovets again. Finally, the best Ski Chalet went to Villa Gella in the Rhodope mountains.

Just out of interest, the overall top ski resort went to Val Thorens in France.

Usually the expression “UFO spotting’” draws the obvious sighing and shaking of the head followed by the addition of the word nutter to the conversation. However, on this particular occasion, the person in question was a reputable female British Airways pilot who reported seeing a ‘” very bright light” on her left side before moving off rapidly to the north. This took place off the coast of Ireland. It doesn’t end there though!

A Virgin Atlantic pilot joined in the discussion saying that he could see several objects following the same trajectory and that they were ‘” very bright’”.

Funnily enough and whether you believe in UFO’s or not, the authorities seemed rather more receptive to this report than is usually the case.

Sun shines for the Greeks

Greek Tourism seems well and truly on the rebound after several years in the trough. The country expects to exceed 32 million visitors by the end of this year which will also bring a double-digit growth in revenue.  Last year Greece saw 30 m visitors and its plans looking ahead are to try and make the country a year-round attraction rather than mainly perceived as a summer only destination as many people treat it.

It’s almost unbelievable, except it’s the USA! Atlanta Airport, the worlds ‘” busiest’” has announced a record haul of confiscated guns and we aren’t even at the year’s end. 293 firearms, of which 80% were loaded, have so far been seized with 248 of them actually seized at the security screening.

Can people really be so stupid one asks oneself?

The Green brigade like to think they are both righteous and smart, except often they fail to qualify for the latter classification. The latest example is in Rome where, like many cities, they advocate for less road traffic in the city itself. Except that is that the forthcoming ban in January on tourist buses is creating a sudden display of realism.

It is now realized that traffic congestion will not be solved but will simply be moved to the edge of the city, more vehicles will be required to ship people into the centre and hence more pollution is generated as the buses are nowadays low emission vehicles. One bus is the equivalent of at least three cars so parking or stopping will also suddenly become an issue.

Aside from that, the locals who realise they depend on tourists have suddenly switched on to the idea that it’s their businesses and their livelihood that is about to be impacted!

Good ideas are often just that; an idea in theory and divorced from the current reality. Now if Rome had a better transport infrastructure it would be a whole different story, but they don’t!

Another hotel chain heads east and this time it’s the Radisson Hospitality chain that sees its shares moved from one Chinese consortium to another; from cash-strapped HNA to Jin Jiang.

Is Bulgaria edging closer to visa-free travel to the USA? The past month has seen local media firstly report that there is to be no change on the rules for Bulgarian citizens i.e. they will still need a visa to travel to the USA. This follows direct talks between Bulgarian and American government officials. Though later and unconnected, meetings between the EU and the USA reported that one of the demands of the EU was for visa-free travel for all EU citizens to the USA.

Of the current 28 Eu member states, 23 have visa-free travel with the 5 exceptions being Bulgaria, Croatia, Cyprus, Poland and Romania.

Probably the EU will get further than any Bulgarian official on this subject.

A clever way to get on board a plane first without paying one of the questionable airline fees is to say you have a nut allergy!

American Airlines has announced it is following the move by Delta in allowing those who suffer from nut allergies to be allowed to board first and thus wipe down the surfaces around where their seat is in order to remove any traces of nuts from the previous flights.

What’s the betting there is suddenly a lot of nut allergic travellers?