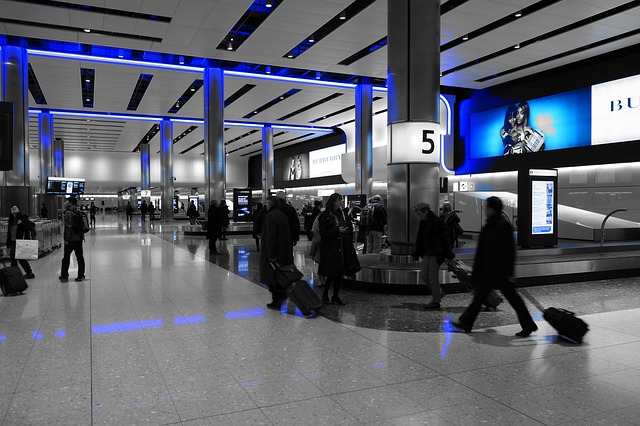 It seems only yesterday when the latest IFE was the “’big’” differential for airlines as they tried to win over passengers from rivals. What is IFE you may ask? It’s “’In-Flight Entertainment’”. Fast forward, well, a few years and IFE seems to be following the dodo bird in the shape that it was initially presented. Etihad is just one of the airlines who are removing the seat back screens and instead, opting to provide download capability so passengers can stream content to their own tablets etc. This seems to be the way forward – for now.

When IFE systems were being introduced, one of their obvious downsides was the complexity of the wiring required to provide the service as well as the additional weight it created and we all know more aircraft weight means more fuel usage means greater operating costs. Etihad reckons that they will save 18 tonnes in aircraft weight per year which obviously means reduced costs for the gulf mega carrier who recently have found life a bit of a struggle.

So no more seatback screens then? Ah well that maybe not entirely true! It seems that airline manufacturers are still offering the option of seatback screens to airlines who in turn seem to think (perhaps bizarrely) that they can be used for in-flight conferencing. A notion that might indeed have merit, though one can equally imagine significant push back from other passengers. What’s more disconcerting is that the new offerings indeed have cameras in them which would obviously allow for conferencing capability. Equally, as we all know, such cameras can be discreetly turned on remotely or even hacked from afar. The point being that perhaps the only way to ensure no-one is watching you eat your third pack of pretzels or second glass of non-alcoholic wine is to take a black bin liner with you and cover the screen. Perhaps designing a pocket/bag size item as such that slots over such headrest screens and is re-usable is a new business idea waiting for the next entrepreneur.

The saga of the crashed Boeing 787 Max aircraft appears unlikely to be put to bed anytime soon. Aside from the litigation issues, Boeing will not welcome the survey that appears to show that almost half of regular travellers will potentially seek to avoid flying on the aircraft for the foreseeable future. Just one in five of the 1765 people surveyed expressed no worries about flying on the aircraft. Of course people have short memories but certainly, this present scenario of the manufacturer being perceived as ‘” knowing” of the safety issue might take rather a long time to disappear than is normally the case. Maybe the solution is to re-name the plane seeing that there are almost 4000 on order!

On the subject of litigation in the current case, Boeing are trying to be smart and move the Lion Air incident into Indonesian Courts where it may be able to limit its financial responsibilities. Lawyers for the deceased however argue that Boeing is simply trying to “evade its full responsibilities’”.

One thing Boeing are clearly not winning at the moment is brownie points in the eyes of the public.

The “safety and well-being of our travellers“ (quote) appears not to reach the Premium Lounges at airports. A Hong Kong bound Cathay Pacific passenger lay dead in the bathrooms of their San Francisco lounge for 17 hours before being discovered. This is despite him not boarding the flight he was already checked in for.

One would have thought that due diligence and common sense would have prevailed in such a circumstance and if, as a First Class Passenger, he had not boarded his flight then there is every chance he had checked himself into the lounge at which point Cathay ground staff would become involved!

Another month and another new hotel brand is launched; this time it’s the Intercontinental Group which has launched an all-suite brand called Atwell Suites.

The idea is that it will position itself in the upper midscale segment between extended (long) stay and select service offerings.

The Kempinski Hotel Grand Arena re-opens on May 23rdand as an opening offer, the hotel is offering free massages for guests.
The hotel has excellent spa facilities for anyone not familiar with the award-winning hotel.

It’s a bizarre world in which we live and there is no better example of that than in the USA where the MGM Resorts Company are expecting to pay over 800 m USD in compensation for the fact that a gunman used one of its hotels to shoot and kill 58 music fans at a nearby festival in 2017.

Any idiot intent on killing and maiming innocent people can be almost impossible to stop and whilst the hotel maybe could have had better security, it seems incredulous that the hotel itself should take the bulk of the blame for the atrocity. That’s the crazy world we live in.

It’s often said that the banking system is a means to legally extract money from clients using false or dubious practices. The EU has been at the forefront of bringing banks into line with EU legislation and the latest aspect of this pressure sees Mastercard and Visa cutting their fees for tourists using non Euro debit and credit cards within Europe.

Both the above will charge 0.2% per debit card transaction in shops and 0.3% on credit cards from October 19th. This will bring their fees in line with those charged for cards issued in the EU.

Losing your bags is one of the most frustrating aspects of travelling, hence the rise and rise of airline travellers taking only hand luggage with them whenever possible. Luckily, the amount of bags lost in transit is declining significantly thanks to technology with the average loss now down to 5.69 bags per thousand. This is roughly a 50% reduction and that is despite total passenger numbers increasing by 76% over the same period.

Last year. IATA (International Air Transport Association) passed a resolution to its 290 airline members that bags should be tracked at four key points in the handling process: handover from the passenger, loading onto the aircraft. Delivery to transfer area and return to passenger. The idea being that technology would track the information in real time thus reducing losses (in there) and also helping their owners know exactly where their bag is at any time.

One wonders if the technology will extend to being able to track if and when the bag was opened along its journey!

The success of Airbnb has inspired many a second home owner to try their hand at renting out his/her property on a short term basis; in effect, for tourist purposes. The effect of this has both positive and negative side effects.

On the positive side – here one can use Sofia as a classic example –  more visitors are drawn to the city for short stay/weekend breaks because of the high number of choices of relatively in-expensive apartment offerings. This means that the more visitors the more money is added into the local economy and then indirectly, the more revenue the state collects in tax and VAT.

On the downside, the hotel industry kicks and screams because it can’t make as much profit as people choose not to stay in hotels but rather opt for cheaper alternatives, this they argue, also means they pay less tax to the state and therefore by default the state loses. Additionally, the property owners now have the prospect of being able to make more (invisible) profit through short term Airbnb type rentals than they do on the established rental market; thus reducing the supply of longer-term rentable property for the community and thereby forcing the rents up on those properties that are still available as demand outstrips supply. This latter scenario is one that major cities like London and Paris are now seeing and are finding it hard to control.

There is no obvious solution on how to deal with what in effect is a new ‘industry’” short of banning them (Airbnb type operations) altogether. Some cities are now trying to restrict the days an owner can rent out his/her property in this manner. Whatever the approach, neither state nor municipality is geared up to administer this hospitality fashion whilst at the same time, no-one wants to lose out financially. Getting the balance right is maybe a rather more complex affair than it might seem and may go far deeper into the economy than hotel chains screaming foul.

In search of the airlines Holy Grail

Many have tried but as yet no one can really say they have succeeded in changing the dynamics of transatlantic air travel. By that, we mean getting a true low-cost airline model working successfully. Going back to the Laker Airways in the 1970s, airline after airline has boldly stated that they would re-shape the industry but through whatever reason, none can truly have claimed to have ‘” cracked it”.  Even Ryanair publically gives it a wide berth and if they can’t make a success out of it then the question begs who can?

So, will the news that USA airline JetBlue has announced it plans to” shake up’” travel between the USA and Europe from 2021with plans to launch multiple daily flights between New York and Boston to London change anything? It promises to drive down fares and stimulate demand, though one could hardly say demand was flat at this point in time anyway!

Whether they will fail or succeed only time will tell but JetBlue should also be wary of the lobbying power and the depth in the pockets of those who currently control the skies between the two continents.

After a recent spring evening on Sofia’s main street, Vitosha Boulevard it was time to take a cab home and of course, being a seasoned campaigner in the art of taking taxis, one is always aware of the cowboy operators that roam the tourist areas in search of a victim. Such taxis are relatively easy to sport for people who live here but less obvious for those who don’t. On this occasion what was shocking was that regardless of whether you tried to get a cab from the top of Vitosha Blvd, the bottom or the middle, every single cab was a cowboy!

Of course, if you know the city you walk 2 mins to a safe cab stop or a busy street where taxis pass regularly. For many people new to the city though one wonders how many have fallen victim to a cowboy and what sort of impact this has on the image of the city.

It wouldn’t or shouldn’t be hard to clamp down on this charade if there was the desire to do so, perhaps there lays the problem; there is no desire as personal interests can’t be remunerated in this manner.

In addition to finding someone to blame in our aforementioned article ‘” the blame game’”, the depths of absurdity have reached a new level with a woman suing Disney for injuries she received whilst visiting Walt Disney World due to an angry bird! The woman’s wanabee get famous quick lawyer is arguing that Disney is at fault for not warning visitors of migrating birds.

Disney said it will respond in the appropriate court. Obviously, any damages will eventually be charged back to the third party insurance policy of the aforementioned bird whose feathered winged lawyers will seek to defend their client. sic

Editorial Lift or not The ‘” will they, won't they’” (ever) build a second gondola…