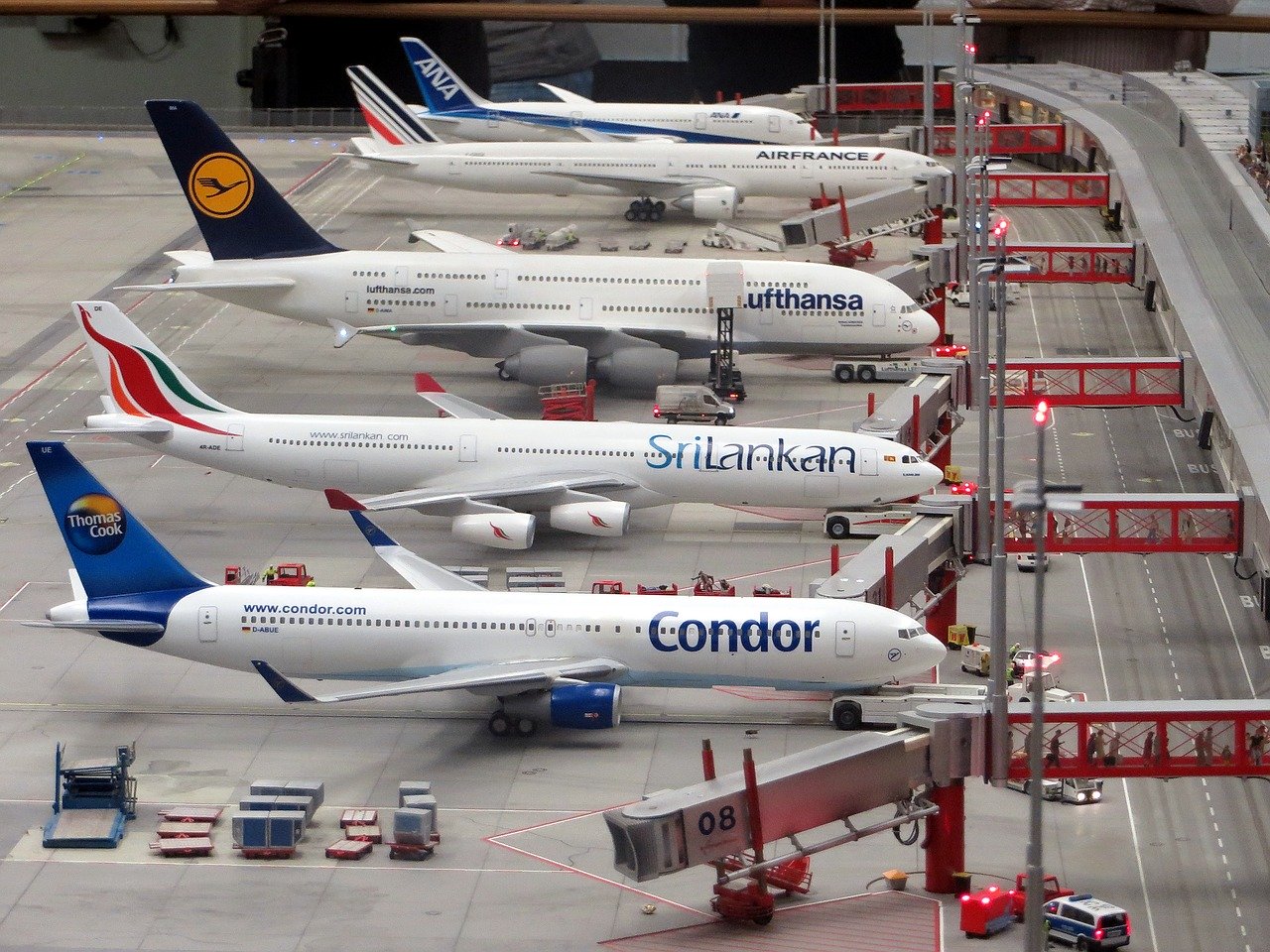 As the general public leans towards the mentality that the world is now “’almost’” normal again, politicians and medical experts have a totally different opinion on the state of play. It would not be incorrect to assume that both sides of the equation think the other doesn’t know what they are doing. However, assuming the position of the former of the two categories described i.e. the general public, it would be fair for them to question why the world of air travel cant simply put the key in the door (or engine in this case), turn it and off we go immediately to the point we were at before the current state of affairs arrived. A few simple examples will soon show that the world of aviation is far from being capable of re-starting from where it stopped.

Winston Churchill once made the comment “Never waste a Good Crisis”,  the airlines are certainly not missing their golden opportunity. Cutting costs in aviation has always seemed to be more of a focus than selling more and to this end the airlines have not been slow; in fact they have been ridiculously quick in announcing job losses. Lufthansa are cutting 22,000 jobs out of a workforce of 135,000. BA is ridding itself of 12,000 jobs from a 45,000 total, Ryanair is getting rid of around 15% (3000) of its workforce and Easyjet is reducing its staff by 3-% (4500 jobs).

If we were to assume that these job losses were from back office tasks as opposed to front line operational staff, then we may also assume or hope that the numbers and frequency of flights may not be impacted. However the ‘’shrinking” does not stop with manpower: Lufthansa is withdrawing 100 planes out of its approximately 770 fleet across its various airline brands, EasyJet is removing 51 from its fleet of 351 planes and Air France is getting rid totally of its entire fleet of A380 Superjumbos.  The airlines are clearly gearing down.

Whether these moves are prudent business acumen or it’s hasty and rash decision making brought about by listening to and reading articles from people who know little about the subject matter in focus, therefore creating a self-fulfilling proclamation of doom, only time will tell.  Meanwhile utopia exists for the airlines when resurgent demand faces limited supply and fares increase.

In an effort to make the travelling public feel safe and secure, airlines were quick off the mark in releasing feel good messages such as suggesting that wearing a face mask ensures safety on board an aircraft and that they would leave the middle seats empty on three across seating. The first of these scenarios is highly debatable and probably ineffective in its objectives; the second is total nonsense in reality.

Airlines can indeed (currently) leave their middle seats free as load factors are a fraction of what they were. Yet when the few planes that are operating are full, the airlines do not hesitate in filling the same middle seats. From a financial perspective, leaving the middle seats free for any length of time is suicidal to say the least. In the USA, as an example, the big airlines need to fill over 70% of their seats to simply break even; Delta have the lowest ratio of 70.6% required to meet that break-even target whilst rivals United and American Airlines require 73.8% and 78.6% respectively.  That’s a lot of bums on seats to break even.

Of course in this ever changing world any business may re-draw the lines in the sand and simply whack up their fares to facilitate spacing on board their fleets. All done of course to “ensure the safety” of their passengers. However, as we all know, when such fares become the norm, the laws of gravity are re-written i.e. what goes up does not come down.

Some impressive knowledge of Geography was exhibited at Sofia Airport recently. As the Bulgarian quarantine rules required British and other nationalities to observe 14 days of isolation if travelling from the UK, a border official asked a man on arrival at Sofia from London Heathrow if he was English? To which he replied with honesty “No, I am Scottish”.  The border officer replied “”Oh, that’s OK then, you don’t have to do quarantine”’.

Perhaps equally, or even more impressive than the “Silly but sadly true” story from Sofia Airport, is the knowledge of the world as exhibited from the UK perspective. Travellers arriving at the various airports around the UK had to complete documentation on their arrival before entering quarantine. One of the questions asked the traveller from which country they had travelled? Included in the options were: USSR, East Germany, Yugoslavia, Czechoslovakia, Burma  and Southern Rhodesia.

Clearly the education system is not quite what it should be in certain quarters.  Sadly this story is also absolutely true.

Providing guarantees or pledges for banks is one of the biggest challenges for any business as the seek finance for their business needs. In the USA, United Airlines has found a novel way of raising cash, it is pledging its Mileage Plus loyalty programme as collateral for a 5 billion USD loan.

Loyalty Programmes are increasingly being used as an asset by airlines yet strangely often don’t appear on the balance sheet. Perhaps because if an airline was able to list assets of 5 billion USD then they wouldn’t get government hand outs would they! Indeed the more one digs around this story the worse it gets.

All airlines have Frequent Flyer schemes and United are no exception. In actual real value, the United Frequent Flyer programme is worth several times 5 billion USD so, if strapped for cash, as the airlines in the USA frequently claim, then when not sell the assets and spare the tax payers from bailing them out?

It seems pretty easy to enter Chapter 11 bankruptcy in the USA when your balance sheet is light, so one assumes that’s why historically airlines haven’t listed all their assets – like their Frequent Flyer Programmes.

IATA (International Air Transport Association) has painted a pretty grim picture on the picture for air travel. It is currently forecasting that airlines will lose 84 billion USD between them during the current year. Revenues themselves will decrease by 50%

The only bright spot appears to be the price of fuel which now is a mere 15% of an airlines operating costs whereas a year ago it was 23%. Still, that’s hardly likely to stop airlines from increasing their fuel surcharges (sic).

Bulgaria has cemented its position as the second worst country for road related deaths within the EU, a position it has held since 2017. Prior to this it was the worst. Romania is now the proud owner of this unwanted title having exchanged positions throughout with Bulgaria.

Bulgaria’s road death increase was 3% year on year although to give credit where its is due, it is 19% better than it was in 2010.

Not good night yet

Last month we reported that it may be “’Good Night” maybe for Berlin’s Tegel Airport which was due to close for two months from 15th June and with the new infamous Berlin Brandenburg Airport nearing opening (better late than never), the end was nigh for Tegal. However, fast forward a few weeks and the news now is that Tegel will remain open until at least the 8th November. Could it be yet another case where the Coronavirus impact on travel was exaggerated by people who knew nothing about the subject they were talking about? Or surely the Brandenburg Airport opening can’t be delayed again – can it?

As the local media reports large queues crossing into Greece, one tends to hear the grimace from the Black Sea Hotels who were probably hoping that local people would be dissuaded from travelling abroad for their hard earned summer sun.  The summer season has barely started in this part of the world so it is too early to pass judgement on whether it will be an unmitigated disaster or simply awful for the tourism industry. It has though, been somewhat surprising to see some of the rather optimistic accommodation rates being quoted in certain quarters, in particular in the mountain areas.

Typical business theory would run along the lines of ‘’lets encourage people to stay in Bulgaria and spend some money at home rather than take it overseas”. A presumption here being that some income is better than no income. However, judging by some of the rates so far, certain establishments seem to think that by charging more they can recoup some of the lost earnings from the months they were forced to close. Similar stories abound from the Black Sea where enforced reductions on the cost of sun loungers etc are compensated by 8 Leva coffee’s.

Its an interesting business strategy but hardly one that’s likely to bring success.

The French Rail operator SNCF is steaming ahead (pardon the pun) with its plans to its own launch high speed rail operations in Spain in December. SNCF already operates between Paris and Barcelona so one would have thought that deploying a few more trains into Spain would be simple and without incurring huge set up costs. However the Spanish rail lines have different singalling systems than France and the result is that it will cost SNCF 700 million Euro to modify its fleet of nine trains that it will operate in Spain. SNCF will name this new operation Falbala.

The recent crash of a Pakistan Airlines plane on a domestic flight looks like it has opened  a can of worms. The crash appears to be due to pilot error with the voice box recorder showing the two pilots were having a discussing about the Coronavirus when the plane went down. One of the pilots is also heard  ignoring an order from air traffic control by retorting “he can manage!” A check of his Pilots licence raised suspicions about its authenticity and further inspections of pilots credentials have revealed that at least 150 pilots of the airline have suspicious documentation/licences which are simply quoted as being “’Fake”.

Whilst this is shocking, many regular flyers will hardly be surprised. Licences and diplomas in many parts of the world are easily and readily obtainable for the right sort of remuneration. The right to practice illegally is also not reserved simply for pilots of planes.

Editorial The 80:20 Rule In any organisation, team work is of the essence and a…