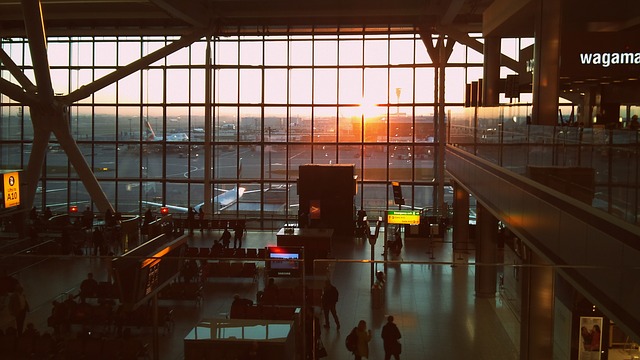 EU Claim the Victory from the Jaws of Defeat

The past month saw the Presidents of the three EU institutions – the EU Parliament, The European Commission and the Council of Ministers, proudly stand to sign the EU Digital Certificate into LAW. “The EU Digital Certificate is a symbol of what the EU stands for” was the claim, a “model of co-operation that was put together in 62 days”. Indeed, it is a perfect example of such.

The Pandemic came to the fore at the beginning of March 2020, by May the talk of having a “Health Certificate to be able to travel” was already much discussed. From June to June is, according to our calculation roughly 1 year i.e. 365 days. The Certificate is not some centralised techno system using the latest pan European technology: it’s a paper template which could have been knocked together in 30 minutes by a high school student. Add on to this the time each EU country would need in order give its nod or otherwise to the template, say 5 days more and the system could have been done in one week.

Whilst this may sound overly cynical it’s not a million miles from the truth. The acceptance of the document does not have to enter law in the individual countries but the punch line is that EU member countries seem to be able to override the documents intentions of allowing unrestricted travel if and when it sees fit. Allied to this is also the comment from Europe’s airlines and airports  who have warned of potential chaos at airports due to the badly planned roll out of the documentation.

Whilst the Vaccination Certificates are not chocolate fireguards, indeed far from it, a fourth wave in autumn of the virus will test countries resolve in allowing freedom of movement to those holding the certificate. What comes next is anyone’s guess.

A new threat for the big boys?

The rise and rise of Wizz Air into the big boy’s league across Europe makes fascinating watching and a potential new chapter may be just about to start. Wizz has just announced its first domestic UK flights albeit between the mainland and Jersey. If this is indeed the first tentative step into domestic travel then BA will be watching anxiously.

Also, it may not just be BA who are watching developments as the likes of Lufthansa in Germany and indeed Air France in its home market might be drawing up a “what if” risk analysis. They have already been put under pressure by the greens lobbying that cash handouts be tied with abandoning short haul flights. Wizz are not burdened with this.

The aviation landscape could indeed be in for an interesting period pan Covid.

As European countries edge towards rail – air connections i.e. the short leg of the travel is done by rail to central hubs where air takes over, the fact remains that not all airports have good rail networks connected to them. To exploit this potential Virgin has unveiled plans to set up a network of eVTOL (electric Vertical Take-Off and Landing) aircraft.

We should of course point out that Virgin are the masters of talking the talk but not actually walking the walk, however people seem to be taking this latest concept seriously (for some reason).

The planes would be zero emission and fully electric with four tilting rotors at the front and have a speed of around 200mph (320 kmph).

Sounds more like a rich kid toy than a commercial proposition in reality.

For several months we have banged on about the new look of summer leisure travel with the bulk of the “’uplift” being done this summer not by charter flights but by the Low Cost Airlines and also the traditional carriers such as BA, Lufthansa and Austrian. As proof of this, Lufthansa is to operate wide body A350 and Boeing 747’s on flights from Munich and Frankfurt to the popular summer destination of Palma de Mallorca.

It will require someone with a long memory to be able to recall flying around Europe on their jollies on anything the size of a 747! Russians excepted.

Emirates plans to operate some 30 of its 120 fleet of A380 Super jumbo’s this summer to 124 cities in its route network. So that’s a positive sign: the negative is that the airline reported losses of 5.5 billion USD for its last financial year!

“Passenger safety is our number one priority” is the strap line from almost every company that transports people from A to B, this of course is non truer than in the aviation sector. It goes without saying the passengers on board a plane don’t care about the race, colour of gender of their pilot as long as he or she is capable of doing the job they have been entrusted with. The best person for the job is what (all) people want.

Therefore, it’s interesting that in the USA, United Airlines has a policy that when recruiting trainee pilots, 50% of the intake need to be people of colour and female no matter what their flying skills may be (quote).

Only when somethings serious happens and a loss of life ensues will people start to engage common sense and revert back to the ” best man/woman for the job”.

The ongoing saga, aka farce surrounding the concession for Plovdiv Airport looks like it has reached a conclusion: it’s been scrapped. Apparently, no-one is interested in it; which is not really a surprise.

The concession offer was for 35 years in exchange for a nominal annual fee of 100,000 Leva but the sting is the commitment to invest 100 million Leva in its reconstruction.

With the world as it is today you would need to be an idiot to take on such a concession and it’s interesting to understand what the government think they were offering for tender. The real winners of the last concession for an airport in the country i.e. Sofia Airport, were the ones who lost out.

Getting back on the rails

Not long ago we commented on the doubling of the frequency in service of Eurostar between London and Paris which went from one to two trains per day! Things must be on the up as there is now a further 50% increase i.e  it’s about to be three times per day.

In normal times there are about twelve trains per day operating between the two capitals, so we are now reaching 25% of capacity! At least things are moving in the right direction and if that frequency can reach say 6 times per day between now and the end of the year; that would be a classed as a success, relatively speaking.

Figures and their interpretation

Random figures that show how travel is now evolving, changing or returning – depending on your perspective – comes from the air traffic figures for Bulgaria which shows that in March 2021 there was an increase of 890% in passenger traffic versus March 2020. Carrying on the trend, April was up by 432%. The real question though is “’an increase over what base figure!” March and April 2020 barely existed in aviation terms.

At the same time, Frankfurt Airport seems proud that 50,000 people passed through the airport for four days running during May which showed a 357% increase in passenger numbers year on year. Great so far, expect that this is only 20% of a normal level. The Germans are possibly feeding off the sentiment of the German Business Travel Association who claim that 13% of German companies no longer have any travel bans in place.

As more and more people scamper to travel and seize the first opportunities to fly again, it has been noted that some of the more popular airlines that fly out of Sofia and who charge for their on board food and beverages, have used the current economic environment to significantly hike the cost of their drink and snacks offerings. In some cases, the increase has been eye watering.

Whilst one appreciates the desire of any commercial enterprise to re-coup lost revenues, the passengers who invariably use such airlines are not used to paying the sort of money for a beer and hot dog that usually sees them getting a three-course meal with drinks in their local restaurant. What we might be seeing again is the role of the accountants: charge more = more revenue = more profit. Except that charging 50% more invariably means selling 50% less which in business terms then equates to negativity around the brand and a change in accountancy personnel.

Then there was one

How would you feel if you knew there was only one pilot flying the plane you were on? Would it not worry you knowing that in theory the plane can operate without any pilot, or would you think this was a serious safety issue if the pilot became ill for example?

This question may become a hot topic very soon as Airbus and Cathay Pacific are aiming to start testing flights with A350 planes that are designed for operation with just one pilot in control for much of the duration of the flight. Two pilots would still need to be on board but one can be resting (asleep) during high altitude cruising. The idea of this of course is to reduce the numbers of crew required to operate long haul flights and hence reduce costs.

“Safety is our first concern” is what we are always told. Should that come with the caveat “except when we can save money”.

Editorial Whose voice is it? In the dog and tail concept, it’s the dog who…