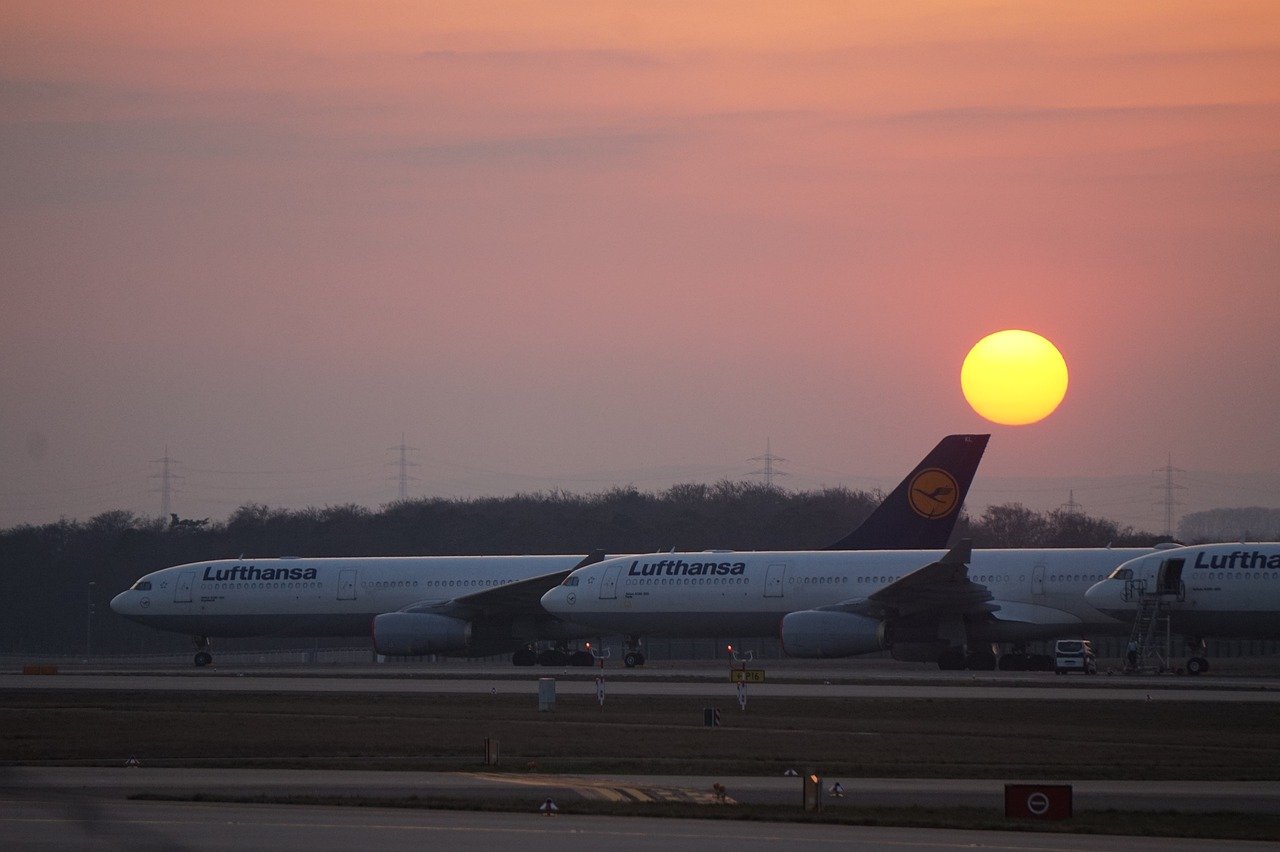 Very few of our generation would ever think we would see another nutter determined to wreck the world yet sitting so close to our doorsteps. There are many people still alive with memories of World War 2, the end of which one assumed taught society a lesson to ensure such people should never ever be allowed to threaten the civilised world. The events of the past week border on the unbelievable; a bad dream that we will awake from. A new axis of evil is borne and just where it will end and who will become embroiled is a bit like an evolving game of chess where move after move sets the scene. There has been little to unite Europe or indeed (most) of the civilised world over the past years but this new world order should do just that. The move by Russia is, to those of us who read factual history, is almost a cut and paste of the start of World War 2; plan, prepare and lie. From this moment on, no normal person will ever have trust in Russia; at best it’s a new cold war and at worst, who knows.

How this impacts the world of travel is, to some respects, a secondary issue but it will impact us all for sure. Airspace will be closed, fuel costs and therefore the cost of travel will increase and for Bulgaria, the almost certain loss of the Russian market, a market it has become increasingly dependent upon. Just how that will be handled is anyones guess but coming so soon after the Coronavirus farce, it is yet another battle no-one wants.

Without sounding morbid, let us hope we are here next month to write another Newsletter, a rather sombre statement but many a true word is said in jest, especially when there is a despot with a finger on the button.

Austrian Airlines is the latest Lufthansa Group carrier to offer unsold inflight food at reduced prices in a bid to tackle waste. The service will be seen on longer European flights with the offer being made just before arrival in Vienna, in return for a small “consideration”.

Swiss launched a similar trial last year offering bags of unsold inflight food at reduced prices on the last flights of the day into its European network from Geneva.

Bulgaria has always been a focus for the Lufthansa Group of airlines and the connectivity it has traditionally offered via its hubs in Frankfurt, Munich, Vienna and Zurich have proven to be a key catalyst for travel not in Europe but across the globe, particularly from Sofia.

Whilst daily frequencies are trimmed slightly from  what they were a few years ago, new connections are about to appear with a new Varna – Munich connection from May to complement the existing Varna – Vienna and Varna – Frankfurt flights.  Sofia – Zurich will also see a return.

The flights to the Black Sea are further evidence of the attention that key airlines now pay to servicing leisure destinations that were once virtually the sole domain of Charter Operators.

Figures on the up

The World Travel and Tourism Council has revealed that the travel sector may well contribute 8.6 trillion USD to the world economy in 2022. A figure that is a mere 6.4% behind pre-pandemic figures. In 2019 the sector generated 9.2 trillion USD in income, but that was preceded by a 49.1% drop the following year.

In addition. The council also state that an extra 58 million jobs may be created this year boosting the total workforce to around 330 million.

The race to confirm stupidity is evidenced no better than by Air France who now operate a “’must be vaxed to fly’” policy on domestic flights. Their “Ready to Fly” service is an automated one that approves people’s vaccine certificates before their flight (as opposed to a manual check at the airport).

Two things stick out here: firstly, its domestic travel and not international so what’s the purpose of the idea and also can someone tell Air France vaccines don’t stop the spread of the virus, they stop people from getting seriously ill.

Still, as long as there are believers and it suits the narrative.

If you fancy somewhere a tad different to stay the next time you are in London then anyone with an interest in music and particular pink music might be tempted by the new Chateau Denmark Boutique hotel, providing of course you have deepish pockets.

The 55 room set up is a fusion (not sure of that is indeed the correct word) of “punk and vintage gothic meet psychedelia”.

For around 600 Euro a night one can sample gold trimmed, graffitied beds in full blown psychedelic colours. Apartments include the “I am anarchy” mews house feathering Sex Pistols band member Johnny Rotten’s storied caricatures of his fellow bandmates.

Any takers for kitsch?

The end is nigh

The European Council has recommended that member states of the EU ease restrictions into the EU bloc from 1stMarch. The council advises EU countries to lift the testing and quarantine requirements for travellers who have been fully vaccinated or who have recovered from the virus in the last 180 days.

Whether this request gains universal approval from all Eu countries is another matter as some countries seem to choose which EU to follow almost at random. A trend that has been common place throughout the pandemic farce where the concept of a unified Europe with one voice was more theoretical than reality.

Dubai International Airport (DXB) has retained the title of the worlds busiest airport in terms of international passenger numbers for the eighth year in succession.

The airport is connected to 198 destinations across 93 countries and has 84 airlines using it. The top destination cities were Istanbul 916,000 passengers, Cairo 905,000 and London 814,000. The most flown to countries were India with a total of 4.2 million passengers, Pakistan 1.8 million and Saudi Arabia 1.5 million.

The subject of rail travel in and around Europe is nothing short of a science, with operations treated more like a fiefdom. Very little co-operation nor synchronisation exists between rail operating companies that are usually country specific, wishing to keep their own share of the pie and sod the inconvenience and costs this has on the traveller. France’s SNCF are arguably the biggest culprit of encouraging restrictive barriers on potential rivals and it faces little competition with the majority of the routes it operates either through Joint Ventures with other operator’s or with rail operators it has a shareholding in. The latest news is that SNCF wants to cancel its JV with Spanish Operator Renfe; the reason being that both feel confident in treading on each others patch: SNCF in Spain and Renfe in France.

There is some optimism that the rail network in Europe is now being loosened from quasi state controls thanks to EU pressure and if this is a new dawn, then passengers will potentially benefit from better services and cheaper fares created by competition.

The move also comes about as the French taxpayer is starting to question the cost of funding SNCF. However, there have been false dawns before and whilst Renfe may have aspirations to compete on the Paris – London route, Deutsche Bahn tried that many years ago but were successfully blocked by SNCF owned Eurostar!

Just a reminder that this year (sometime) we will see the introduction of the European Travel Information and Authorisation System, known as ETIAS with full implementation due to begin on 1st January 2023.

This will mean that non-EU residents travelling to the Schengen Area and who are exempt from visa requirements will have to obtain an authorisation before travelling. In short, it’s a visa by another name and it’s similar to the USA ESTA system.

Two unknown elements: how much this will cost, as surely the opportunity to cream a few Euros off people will not be missed and also just how many people will actually know which countries are in Schengen and which are not.

Hotel group for the conscious

Both frequent and in-frequent travellers may shortly be able to sit on the moral high ground and have a clear environmental conscience by their choice of hotels; the Quartz Inn Group plans to have 100 independent hotels in its portfolio by the end of 2022, each being independently sustainable.

The groups sustainability manifesto is aligned with that promoted by the UN World Tourism Organisation and the Global Sustainable Tourism Council, which includes the reduction of CO2 emissions, waste and energy and water usage. The group will also plant a tree for every direct reservation, ban single-use plastic products and allocate a percentage of income to reforestation projects and community initiatives.

As the end of the Covid 19 story draws near and people who want to be heard have another more serious issue to focus on, its becoming apparent that many of the measures introduced because of the spread of the virus were, putting it bluntly, both stupid and ineffective. Though if politicians are involved this is hardly a surprise. IATA (International Air Transport Association and the Airports Council found that testing restrictions imposed on incoming air travellers were totally ineffective at stopping or even limiting the spread of the virus.

The research added that the only impact of such moves was to restrict the free movement of people and cause economic hardship for both the travel industry and the European economy generally.

Editorial Getting back The current trend in travel is most definitely the desire "to travel”, …