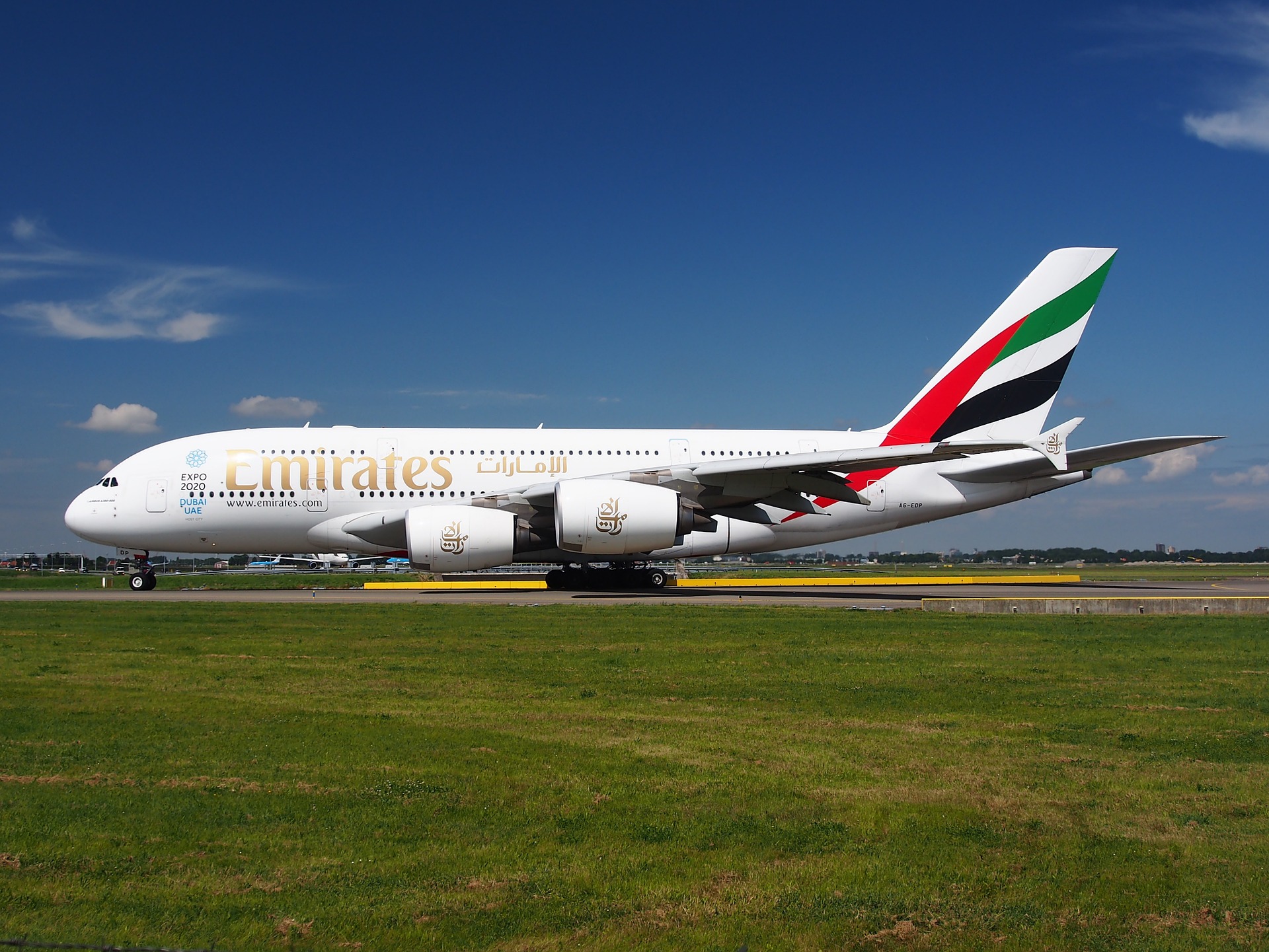 How safe are you and your data

The question of “how safe is your data’” seems to be a re-occurring theme these days with hardly a week passing by without some high profile organization admitting that their data systems have been hacked. Within the travel world, hotels have seemed to be particularly vulnerable to such attacks. What is perhaps most annoying for the public is that often these notices are made some time after the actual event. In the latest case, Uber has eventually admitted it suffered a data breach in October of last year: 12 months ago. Apparently the details of over 57 million users and 600,000 drivers were affected.

Of course, this news comes from the new Uber CEO who of course wasn’t around when the incident occurred. That’s probably why it’s a new CEO. Further annoying is the fact that anyone can lose a credit or debit card and can act as soon as they are aware of the fact. Someone who loses such as card is not likely to wait 12 months to notify his or her bank, yet in effect this is what companies who have had data breaches are committing when not advising their clients of such actions. The word irresponsible comes to mind and until laws exist that will severely punish companies and organisations who don’t report such incidents in a timely fashion, they may continue in the same vogue.

It’s also not just people’s data that is at risk. A report has emerged of a US Security Team who were able (under a trial test) to hack into the operating systems of an operating Boeing 757 aircraft. The hack was made via the planes wireless communication system which enabled them to access its internal network. Just exactly how technically the access to the plane was made though remains classified. Whilst it should be noted that a Boeing 757 is an older type of plane with older operating systems, such planes and many like them are still in use around the globe and are likely to be so for some considerable period of time. Whilst it is unlikely some rogue terrorist would have the same capability to take control remotely of a plane, just think that of a friendly government was able to do just that in a test mode; what if it was an unfriendly government!

Which reminds us; remember the missing Malaysian Airplane that disappeared over the Indian Ocean…….?

Then there will be three

Wizz Air have just put pen to paper to take delivery of a whopping 146 new Airbus A320 series planes. Deliveries will commence in 2022 and by the time the last one is delivered in 2026, the fleet size of the Hungarian based carrier will be around 250, which is roughly the same size as EasyJet.

From a local perspective, few, if any, had heard of Wizz Air when they started to fly to Bulgaria in 2006, but their rise and continued rise since that time means that nowadays they are the dominant carrier at Sofia Airport having almost their own terminal and have a 30% market share of passengers flying from Sofia: a figure that most national carriers across Europe would envy. In the bigger picture what we are seeing is the emergence of three ‘” super’” European carriers with Wizz joining Ryanair and EasyJet in this bracket. With the latter two, their growth originates from the West (of Europe) and is spreading East; with Wizz its growth has been in the East and now they are spreading rapidly West. One wonders if one day there will be a clash in the battle for control over Europe’s skies, although with the continuing rise in the numbers of passengers travelling each year, it would seem that the cake is getting larger and indeed big enough for all to enjoy.

All in the name of service

Travellers on BA will shortly have the dubious pleasure of being segregated when boarding the plane based on how much they paid for their tickets! in short the boarding will be divided into five groups and depending on which tier (if any) of frequent traveller you are, the sooner you get on the plane. Economy passengers who are not a part of any rewards systems of BA will get on last.

The MBA graduates would – maybe correctly – suggest that people will aspire to ‘” climb the ladder’ and will therefore be likely to spend more money so as to be seen to be boarding earlier rather than later. However, one wonders if the reverse will happen and those who board first will be laughed at for either a) paying inflated amounts for the same product or b) for spending so much of their time in airplanes and thus having a poor work/life balance.

BA say that ‘” we are always looking forward to improve and simplify the airport experience””. One wonders what, in their eyes, would constitute a truly bad experience?

What is interesting is that over the past year or so, EasyJet had noticed that almost half the passengers checking in bags did so with their bags weighing less than 15kg and many of the rest had bags weighing more than 20kgs, hence this move.

One story that just won’t go away – yet still the “real truth” as to why it didn’t open in the first place has never really been told – is the farce surrounding the new Berlin Brandenburg Airport. The super new facility was due to open in the German capital in 2012 and still it remains closed. The latest gossip is that it won’t open now until at least 2021; previous optimism suggested it may open next year.

The latest pieces of news about Germanys largest white elephant is that the serious deficiencies in the technical systems are more serious than, well, serious! Meanwhile rail operator Deutsche Bahn continues to run ghost trains in and out of the airport to keep the system operational and the 322 Steigenberger Hotel continues to stand empty.

A Hollywood boutique hotel plans to become the nation’s first with its own “pot shop’. The ‘Standard Hotel”” is establishing a joint venture with a specialist cannabis firm.

Top of the slopes

Bansko has been named Bulgaria’s Top Ski Resort for 2017 at the World Ski Awards hosted this month in Kitzbuhel, Austria. Not that there is a huge amount of competition! The country’s best ski hotel again went to the Kempinski Grand Arena in Bansko whilst the award for the best Ski Boutique Hotel went to the Alpin Hotel in Borovets. The Top Ski Chalet award went to Chalet Gella in Pamparovo.

A LOT of expansion

Polish national carrier LOT will soon add Singapore as a direct connection from its home base in Warsaw.  The route which will commence in mid-2018 will be the carriers first link into South East Asia.

In last month’s Newsletter we told the story of the potential huge “” own goal’ that Boeing apparently scored as they tried to strangle Canadian airline manufacturer Bombardiers hopes of selling planes in the USA. Bombardier’s response was to jump in bed with Airbus and avoid the questionable taxes the US Govt. tried to impose on it. One part of the equation is that parts of the Bombardier aircraft are made in Europe; so the EU has jumped in and threatened US plane manufacturers with the same tariffs if they try to sell their planes in Europe! The fall out of that for Boeing could be beyond words!

Seems like Boeing, its MBA graduates and their lobbyists missed the global picture on the potential impact of their own strategic decisions.

Good news for Bulgarian passport holders; from December 1st the visa requirement for travel to Canada will be eased. Travellers from this date will simply need to acquire prior travel approval through an Electronic system (eTA) connected to the Canadian Government website, in a similar fashion to how other countries already work with EU countries including Bulgaria.

Approval for travel is valid for five years and a single stay can be up to six months. The fee is seven Canadian dollars.

Gulf giant Emirates has taken delivery of its 100th Airbus A380 aircraft, less than ten years after receiving its very first.  A total of 220 of the planes have so far been delivered by Airbus to thirteen different airlines which means Emirates operates around half of them. The airline takes delivery of around 11 new planes per year with a record 19 being delivered during the financial year 2016/17.

The European Commission has apparently approved the payment of 330 million Euro to finance the construction of more parts of the Struma Motorway; the highway that links Sofia with Greece. That’s the good news. The bad news is that there is still the small matter of the Kresna Gorge section, which albeit it small in length, will require even more funds and a monumental effort of engineering before it can be linked into the motorway network. This ‘’gorge section’” of 30kms or so will be the final piece of the jigsaw that will then see travellers able to travel by motorway all the way from Sofia through to Athens, a distance of almost 800 kms.

Editorial Imagine the scene; the local inhabitants of Bourgas and Varna parading in the streets,…