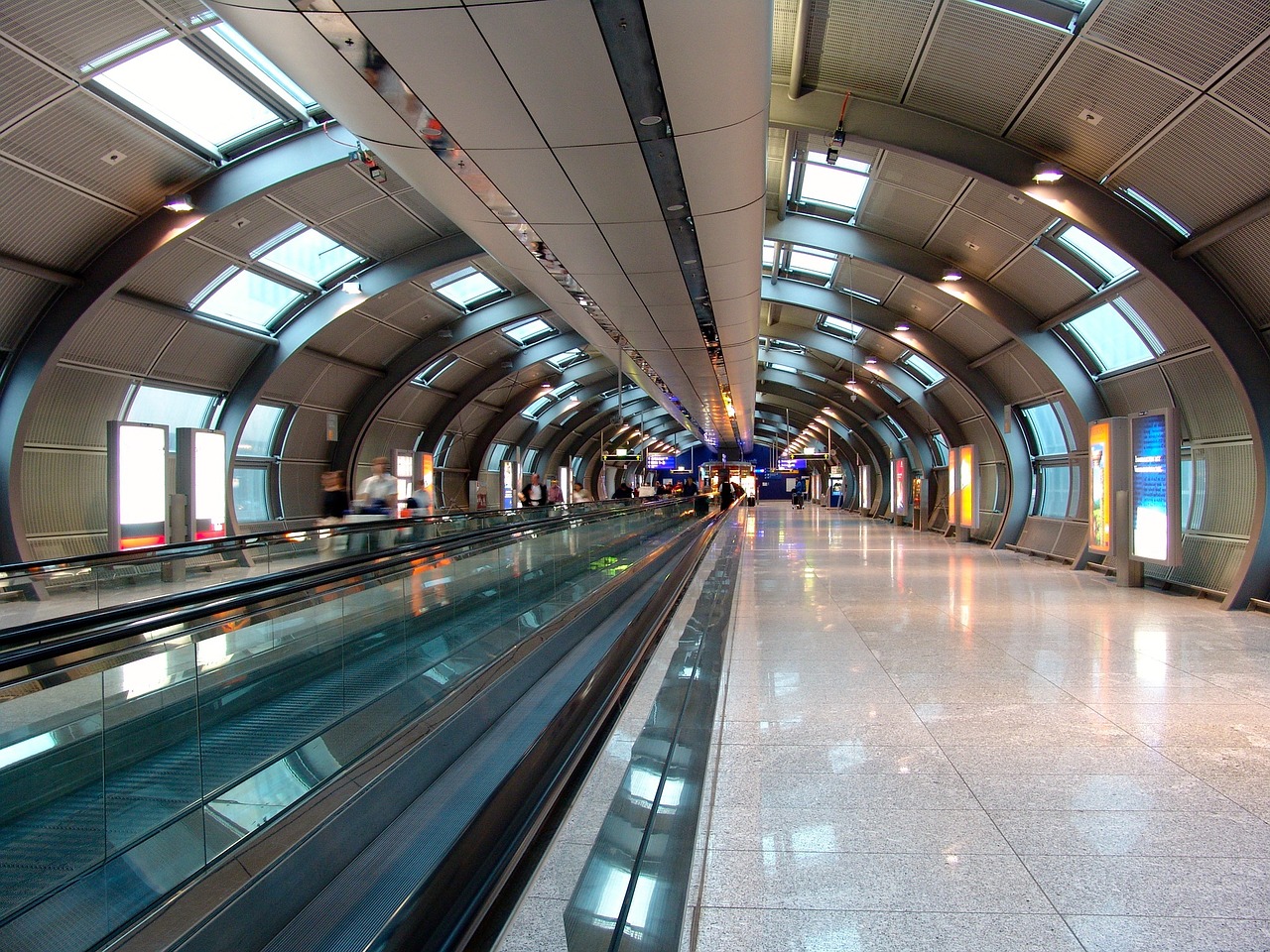 On the home front

Bulgaria has lost its long held top (bottom) spot to Romania in the European road death rate! It can now rightly claim its drivers are not the worst in Europe, though many would argue differently. In 2017, road deaths on Bulgarian roads were 96 per million population whilst Romania’s was 98 per million. The European average being 49 per million. Sweden and UK had the best drivers with 25 and 27 deaths per million respectively. Indeed, only Bulgaria and Romania fell below the 80 deaths per million threshold.

Meanwhile, Sofia Airport never seems to take a backward step as the latest passenger figures show. A rise of 7.8% passengers was the overall result for March 2018 versus March 2017. At the same time, the number of flights operated also increased by 5.2%.

With the apparent increase in visitors to the country’s capital, both planned and current, it’s also good to see that 42 new information boards have been erected as key points across the city to help tourists. The boards are in both Bulgarian and English and show the direction to key cultural and historical sites in the city within a 500m radius as well as directing people to rest and recreation spots.

Continuing on the tourist numbers front, the boom in tourism is also helping the state’s coffers as the 12.2% increase of visiting tourists between December 2017 – February 2018 (mainly for the ski season), yielded 796 million leva in income, itself an increase of 11% year on year. Probably because of these improved results, the Ministry of Tourism has been granted an extra 859,000 Euro to help promote cultural and historical tourism coupled with specific types of tourism to help alleviate the perceived dependency on seasonal tourism. For arguably the first time, mention is also made that global media experts will be used to reach target audiences as opposed to the attitude of ‘’we can do it better and cheaper ourselves’” which has yet to achieve any direct significant results.

Anyone with time to kill at Frankfurt Airport might want to pass the time of day away on their new outside roof terrace located in the transit (air side) zone of Terminal 1.

Called imaginatively (sic) “the Open Air Deck’”, the terrace is 138sqM and is open daily from 5am and features comfy seating, plants and views of the airport with a telescope (quote).

The European Court of Justice has ruled that airlines must offer passengers compensation for delays and cancellations caused by wildcat strikes.

The ruling, by highest court in the EU, means passengers can claim for compensation if airline staff suddenly call in sick, as has become a fashionable trend when unions are in dispute with management at some airlines.

The leisure industry is encouraging the eradication of plastic straws to make the world a greener place.

Statistics show that in 2015, a massive 6.3 billion tons of plastic waste had been generated worldwide. The Marriott hotels have already announced they have dispensed with plastic in favour of paper straws when straws are requested by its guests.

Airbus sleeping on it

The latest attempt by airline manufacturers to be different sees Airbus trialing a project to turn the hitherto cargo hold of an aircraft into sleeping compartments!

The mock shows the area filled with bunk type beds which would be easily interchangeable with regular cargo containers.

The idea would be based around the wide body planes such as the A330 and funnily enough, the concept is already in use as sometimes the area is used as a crew rest area.

Airbus hope the concept enters the development phase by 2020. Don’t hold you breathe however as if airlines think they can utilse this space, they will simply add more seats!

Japan is taking a step back in time by adding a “departure tax” to the cost of tickets for anyone and everyone who will depart the country by air from January 7th 2019. The cost will be 1000 yen (7.5 Euro) and will be shown as yet another tax on the actual flight ticket.

What is puzzling about this tax is the Japanese government still have not decided why the tax will be deployed nor what the revenues will be used for!

Much noise is made by the various authorities about security and all the obstacles and layers of security regular travellers are faced with on a daily basis, but often it seems that applying security can be very subjective. An apparently famous American Rapper forgot his ID whilst travelling on a domestic flight in the USA but luckily had a copy of a magazine with him that had his picture on the front.

This was apparently enough for the security staff who let him through without any problem.

It’s hard to imagine this scenario happening in Europe but who knows really if the security staff across Europe’s airports are as slack as their counterparts in the USA?

EasyJet has reconfirmed its interest in acquiring a chunk of the Alitalia operations, but now it appears it will form a joint venture with Air France-KLM which will really put the cat amongst the pigeons! Rival Lufthansa who have also previously expressed an interest in taking a part of the loss making Italian carrier will be far from happy seeing one of its key European rivals potentially becoming dangerously bigger!

What also beggars belief is the blatant admission that the Italian government has pumped in 900 million Euro into Alitalia over the past year to keep it operating. Such a move is supposedly illegal under EU law. Of course it all depends how you use the words “” give and loan’’.

An interesting little game is developing with IAG Group (BA) and low cost airline Norwegian. The latter of whom are on a rapid expansion drive and are, in real terms, the first of the new breed of Low Cost Airlines to operate Long Haul flights which they are now successfully operating to North America.

The transatlantic routes are the back bone of BA’s as well as the IAG Group’s profit stream; little or no profit is generated from traditional short haul routes. It has long been said that if BA and the other traditional airlines are chased away from, or have to reduce their transatlantic capacity due to competition from any Low Cost Operators, then their days as we know them may be numbered. Thus what better way to fight competition than to potentially own it?

That being the intended scenario, it would explain the IAG groups initial acquisition of a 4.61% ownership in Norwegian with the view to acquire more shares as time evolves. Will this then mean either the end of the idea of widespread Low Cost Travel between Europe and North America as the new kid on the block will be absorbed by the big bully, or it will mean the IAG group and BA in particular continue to down grade themselves in order to survive by using the lower cost base of Norwegian.

Many will be familiar with the comment deriving from an American policeman who said ‘” why do you need common sense when you have rules’” when giving a parking ticket to a tourist who had been in the country a few hours and whose car tyre had touched a white line whilst parking.  Just to show that common sense remains lacking with some in a position of authority, the amazing story of the 500 USD apple may take some beating this year on the stupidity scale.

Delta Airlines offered apples to passengers on a flight from France to the USA and one of the passengers placed the fruit in her bag to eat later. When she went through customs, the common sense less customs officer fined the passenger 500 USD for illegally importing the fruit.

Whilst people accept the need to obey customs rules and regulations, surely the airlines also need to adhere to these rules? At best they could also have said to be importing fruit and at worst they should give clear instructions that the handouts they provide may be illegal if taken off the plane?

That said, just think of the earning potential whereby airlines hand out merchandise on board flights and then take a percentage cut when the holders are fined by customs for their illegal importation. An idea for all airlines perhaps?

Tourism is all about bringing people together and to share culture; or that’s the idea to most. The city of Venice has other ideas though and with the looming May holiday around the corner, it has decided that tourists need to be segregated from locals. Tourists heading to the city’s famous landmarks such as St. Mark’s Square and the Rialto Bridge will be diverted away from locals and onto tourist only routes.

The move comes as a response to the recent Easter Holiday weekend when Venice was ‘” over run’” with tourists much to the chagrin of the locals who seem to have decided they are better off without their visitors.

Car sharing concept Uber has had a chequered existence to date with cities and even countries often frowning on it for upsetting the apple cart. Vienna is the latest city to black list the company with an Austrian court issuing a temporary injunction against it after an existing taxi company filed a complaint.

What is interesting here is not that competition is bad but that anyone offering the same services as an existing taxi operator has to abide by the same rules that are currently in existence. Uber apparently pushes the local laws over the thin red line. The injunction requires Uber to prove its rides are booked via a central system and prove that cars are sent from company premises as existing taxis are obliged to.

If rules are there to be obeyed by local taxis, then Uber has to follow those same rules: unless it decides it is not a taxi company!

Editorial Here we are at the year end once again, a cycle that seems to…