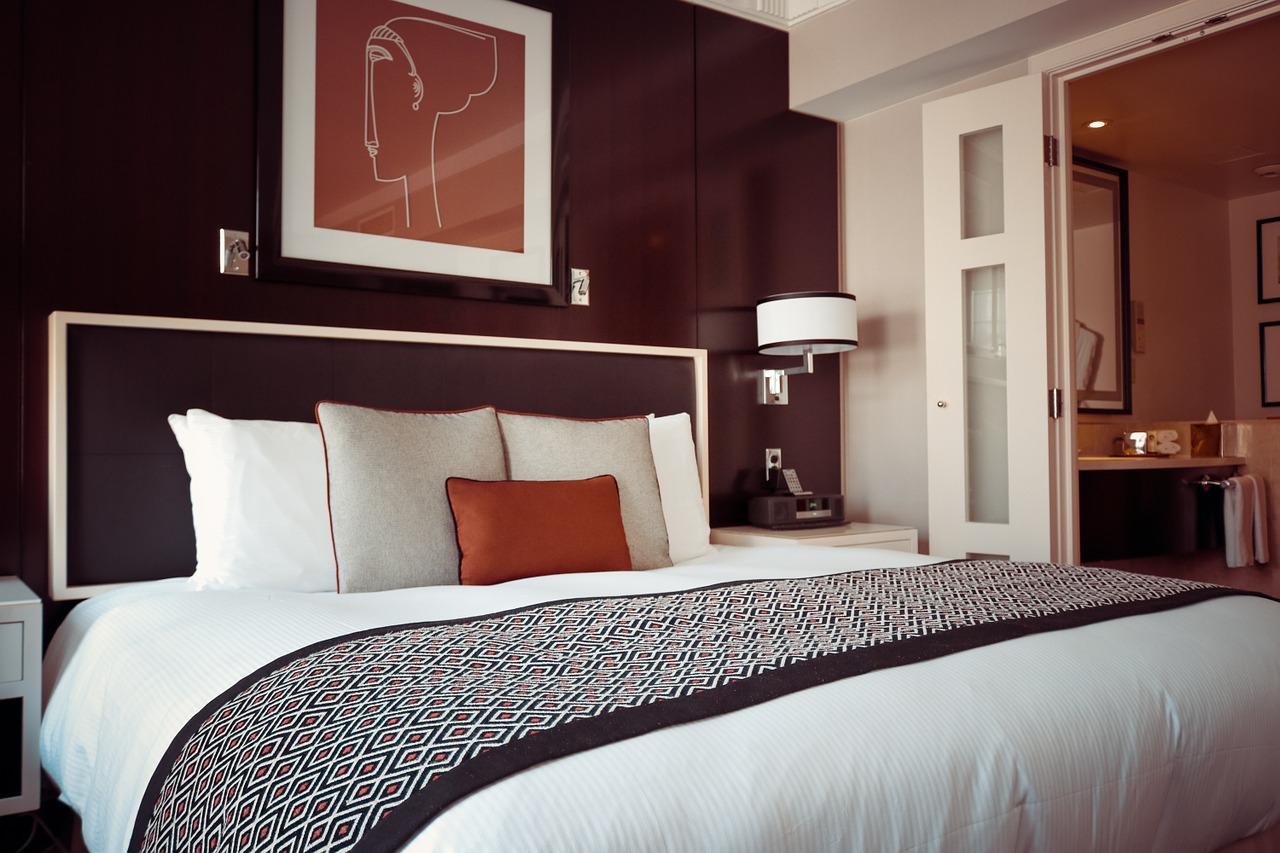 Economy teachers of an older age must be struggling to get to grips with the “new economic world’. Just as Economy teachers in those countries that were considered to be any of either socialist/communist/command economy/dictatorships (or all of the aforementioned), suddenly had to re think and re tell the story of real world economics, disseminators of knowledge these days must wonder what use their older text books are when explaining the economies of the world today. Aside of trying to explain and justify cryptocurrencies, the world of economic logic is turned upside down when a company who owns virtually zero is valued more than a company with millions of Euro’s or dollars’ worth of assets.  Take the sharing economy as the example in question; the sharing economy is littered these days with Ubers. Lyft and may other regional offerings in providing alternative transport offerings: we also have accommodation sharing with the most famous being Airbnb.

Airbnb started life in 2008 and is now the largest single source of accommodation offered in the world. It claims to have over 5 million listings in some 81,000 towns and cities in 191 countries. Compare this with the largest hotelier in the world, Marriott who have around 1.1 million guest rooms in their portfolio. Airbnb has a stock market value of around 53-65 billion USD whilst Marriott’s is around 46 billion USD. The net profit of Airbnb is just 93 million USD (2016) on a turnover of 2.6 billion USD. Airbnb also doesn’t own a single bedroom.

The sharing economy has revolutionized how people look for and how they book accommodation and the hoteliers are hurting.  It’s not just the hotels who are feeling the pressure, the towns and cities where Airbnb’s are found – which means just about everywhere – are finding their own characters changing as people in residential areas convert or offer their spare rooms or even entire properties for rent. Service providers such as food and drink outlets then appear close by to satisfy the new demand. In cities like London and Paris, what were once long term rental properties are being swapped to Airbnb use, meaning a shortage of supply of pure rental stock which forces up the prices of those properties still available for traditional rent. Hoteliers are also quick to point out to local town halls that the majority of Airbnb offerings are not licenced nor does the any income from them find its way into the tax system. It is this latter point that may ultimately be the back stop that either halts or at least slows down the onward progress of not only Airbnb but the whole sharing economy, or at least that part that as yet is classified as unregulated.

Easyjet is to re-incarnate the Sofia – Bristol route for the winter months after Wizz Air pulled off the route. Flights will operate twice weekly from 8th December until 23rd March.

A legal complaint has been filed with the European Ombudsman against Lufthansa and their selective policy of charging a fee on certain booking methods.

Lufthansa were the initiators of imposing fees on non-direct bookings i.e. through all the neutral channels the travel agency community used.  The move itself would appear by law to contravene numerous EU laws though nothing has moved Lufthansa from its stance, a point that has encouraged other airlines to replicate in their business model.

It should also be noted by the lawmakers that the fees charged by airlines rise well beyond the costs they are supposed to cover which therefore makes them a valuable extra revenue source.

Ryanair flights have recently been affected by the strike action of cabin crew and pilots in several countries including Belgium, Spain and Portugal. Whilst strikes are not uncommon, Ryanair have set a deliberate challenge to the authorities by refusing to pay compensation to affected passengers as is required under EU law.

The airline argues that such strikes are (key words)” exceptional circumstances’ and therefore no compensation is due as the matters are out of the control of the airline. The authorities deem otherwise but Ryanair seems set to take this matter further …(maybe helped morally by Air France!).

What maybe the solution is would be for Ryanair to relent to the laws of Europe and pay affected passengers but at the same time seek equal damages from the striking trade unions who also possibly breach their own terms of employment. That way everyone is happy: except the strikers who are the ones hit in the pocket.

Size matters – but not to airlines

The space around us on our aircraft seat has, for many a year, appeared to be getting smaller and smaller as airlines try to cram in extra seats to improve profits: nothing wrong with that we suppose. Except of course the human body is getting larger and larger (especially in certain countries of the world) and smaller spaces and bigger bodies equates to the fact that flying is becoming slightly uncomfortable for many.

At a glance, the table below shows random samples of how large the seat pitch was and is – seat pitch being the distance from a point on one seat to the same point on the seat in front or behind:

If we look at the variance between the good and not so good amongst airlines in Europe for leg room, then we see the following pattern”-

Perhaps more interestingly though is how narrower seats have become over the past 30 years, this means the gaps between arm rests (only USA data available but the trend is evident):-

It’s not often you will see BA, Ryanair, Easyjet and Wizz standing side by side arguing for the same cause, but the four appear to have run out of patience with the French. The four airlines are claiming that France is breaking EU Law by not ensuring flights can operate over its air space due to continuous strikes by French Air Traffic Controllers.  In short, they are ‘” restricting the fundamental principle of freedom of movement within the EU”.

Apparently, the argument has merit as there is a legal precedent in place which derives from a 1997 ruling where the Spanish argued that French farmers were not allowing their fruit and vegetables be exported to EU markets. The EU courts ruled against France as the French government didn’t ensure the free movement of goods.

Equally, it is noted that even though the Greeks and Italians also have air traffic control strikes planes operate in their skies as normal.

According to Eurocontrol, more than 16,000 flights had been delayed by June this year due to strike action affecting more than two million passengers. Last summer the European Commission said there had been 357 air traffic control strikes in Europe since 2005 or roughly one per month.

The scenic narrow gauge railway line that connects the regions of Pazardzhik and Blagoevgrad now has an audio tour guide system in Bulgarian, English and Russian. The application is used using a smartphone to scan a QR code from posters. Users can hear about the locations they are travelling through.

The railway line is often referred to as the Alpine Railway of Europe’ and is well known across Europe by rail enthusiasts. At its highest point it reaches 1267m at Avramovo.

The source markets from where Bulgaria can and must look to draw its visitors from is often something that is overlooked by many. Traditionally the assumption is that the old staples of Germans, Britain’s and Russians form the bulk of overseas visitors and whilst this may still be true to some extent, especially when the winter season is factored in, one should firstly not ignore our neighbours from Romania, Serbia and Macedonia who find the drive to Bulgaria a much easier proposition these days. Secondly there are many new markets that are suddenly starting to gain traction such as from Spain and Italy when it comes to short breaks and also Israeli’s. The latter country has seen massive growth in export tourism to Bulgaria and indeed its countries like Israel that Bulgaria should commit tourism efforts to.

Anyone who has visited Israel will know that the country is relatively expensive and has limited (though excellent) beach opportunities. It also cannot offer skiing and other tourism activities one often takes for granted here. Around 200,000 Israeli’s and maybe even more will visit Bulgaria this year and there is no reason why this number should not continue to increase. A relatively short flight to an inexpensive country is what the inhabitants of many ‘” not too far away’” countries aspire to. Bulgaria ticks many of the boxes for them.

The Bulgarian Parliament voted to reject an opposition led proposal to scrap the current tender to select an operator for Sofia Airport. The move had been brought citing “” security issues’’ from sections of the parliament. The word Turkish was used frequently in the debates as the suggestion appeared that the tender was slanted towards a Turkish operator.

Prospective bidders must have experience operating at least one international airport with an annual passenger number in excess of 10m. Earlier tenders put this figure at 6m. Another change in the tender is the requirement to build a third terminal which would mean refurbishing the old Terminal 1 and using it for (more) Low Cost Carrier flights as is the case now.

Even more bums on seats

Figures released for 2018 show that the occupancy of airlines i.e. in lay speak” the numbers of bums on seats”” is at an all-time high average of 81.9%. putting it another way, some 8 out of 10 airlines will in effect be operating ‘” full”. Indeed, in the USA that figure is even higher at 86.8%.

Ryanair has the highest occupancy figure with an average load factor of 94.7% whilst airlines with over 90% include Easyjet and Wizz Air.

Interestingly enough, the airlines with the lowest load factors –no percentage figures provided – include Austrian, Virgin Atlantic and surprisingly Emirates and Etihad.

Whilst on the hotel theme, those of you who possess membership of either the Marriott, Ritz-Carlton or Starwood loyalty programmes will find they have all merged from August 18th.