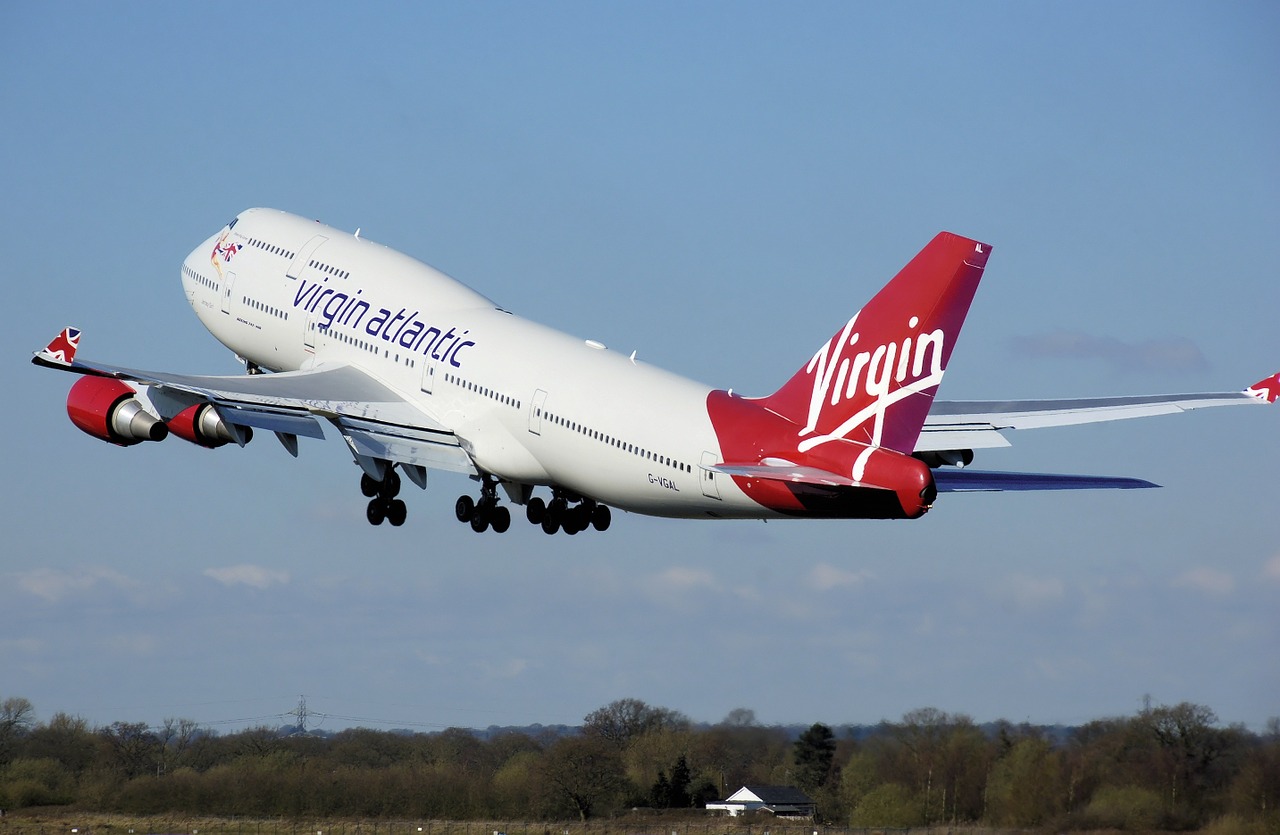 The Copious Rules of Airlines

Aside of the news that the Airbus A380 is about to meet an early grave, the talk within the travel world recently has been about Lufthansa: but for all the wrong (or right) reasons (depending on how you look at it. The situation is this: –

A passenger buys a return ticket priced at 657 Euro from Oslo to Seattle via Frankfurt. On the return, he gets off in Frankfurt and buys another ticket to Berlin. ‘So what’s the problem’ those of a normal mind would ask?

The problem for the airline is that they think this is illegal according to their own self-interest laws! They took the passenger to court claiming damages of the difference between the fare paid and what the fare should (or maybe that should read “could be”) of 2769 Euro. A judgement has already gone in the passenger’s favour with the judge asking Lufthansa to justify the calculation: which of course they couldn’t do and no representative of Lufthansa in the court had any idea why how the calculations had been made. Of course, the 2769 Euro would not be the cheapest possible fare but more likely the most expensive fare which no-one buys anyway.  Not deterred, Lufthansa are taking the action to a higher court. The reason being that if they lose this case, the travelling public will be able to circumvent without hindrance and legally, the archaic airline rules which, for example, would charge an Economy one-way ticket at say 400 Euro and a return one for 300 Euro!

Just as a note, the airline also empowers itself to debit a travellers credit card to claim without the person’s permission if they suspect the above scenarios has occurred. Or, if a Travel Agent has issued the ticket and regardless of whether the agency knew the intentions of the traveller or not, they can also charge the agency: which they do frequently.

We use the word legally above as most large airlines seem to think they are above the law and can create their own commercial laws and charge whatever they want, wherever they want, without recompense if travellers learn how to manipulate to their advantage, the archaic fare systems airlines still engage.

Put into layman’s terms, imagine this: a person goes into a shop to buy a beer where it sells 1 Litre bottles at 2 Euro. In the corner is the same brand but on special offer in 2 Litre bottles at 1 Euro which he buys. The person goes outside, drinks some of the beer and throws the remainder in the bottle away, only for the shop owner to chase after him demanding extra payment for the beer he hasn’t drunk!

There is almost zero sympathy for Lufthansa across the whole of the travel industry, except that is, from other airlines who also exercise the dubious practice of placing themselves as being judge, jury and prosecutor of the airline world. If any airline offers a fare anywhere, a person should be able to buy that fare and also decide whether or not he will use a part of it or the whole of it.

In these days of chronic, indeed painful political correctness, the latest example comes from the aviation industry in the USA who have agreed an industry “standard” with IATA (International Air Transport Association) to offer gender-neutral airline bookings.

Translated this means that from June 1st you needn’t add whether you are a Mr., Mrs., MS or Miss but can refer to yourself as either “U’” (undisclosed) or ‘’X’ (unspecified) as well of course as “Mx”.

No, it’s not April 1st, it’s simply a sign of the times. Perhaps though one wonders what certain religious orientated countries will do when they see such tickets!

A united Europe of different thinking

Brexit bores the pants off everyone these days but that doesn’t stop a fair share of idiots wanting to make a statement. Actually, the latest people to fall into this category are the Spanish Government who insist on calling the British territory of Gibraltar a ‘colony’. The threat from the Spanish being that British Tourists would have to pay a 52 GBP visa to travel to EU, which includes Spain if they don’t agree to the text.

So, let’s think about this…..if the British have to pay 52 GBP then the citizens of Spain will also pay the same equivalent to travel to the UK – won’t they! Oh yes, it might also kill a part of the tourism industry the Spanish are so dependent on. That’s also not forgetting, of course, that (cough), Spain seems not to want to leave the enclaves of Ceuta and Melilla it colonized in North Africa which of course are not considered to be a colony by the Spanish.

Spain needs to move with the times and engage their brains and their efforts to their economy and not start to empire build.

A new car park at an airport would hardly catch the eye of anyone. Yet the proposed new plans at Edinburgh airport for a ‘drop and go’ facility give an indication of what the future holds at airports and indeed elsewhere for that matter.

The valet parking facility will see drivers drive their cars through a dedicated entrance where HD cameras will take 360-degree images of the vehicle. The cars are then parked in a ferry type line with customers proceeding to a check-in area where they check in their car and leave their keys which are dispatched down a secure chute.

On return, the drivers will then scan a QR code to retrieve their keys along with information on where their car is parked.

Two thoughts: isn’t drop and go supposed to be fast as the above process looks incredibly messy and complicated when all you want to do is offload your passengers and drive off? Also, we are trying to picture this operation at Sofia Terminal 2 where the car park, opened as recently as 2007, is rapidly dilapidating and in need of being either pulled down or seriously refurbished (don’t think too hard though).

A Virgin Atlantic flight travelling from Los Angeles to London has recently set a new speed record! It reached a ground speed of 801 mph (1289 kmph) thanks to ‘strong’ tailwinds. The PR company used the word ‘strong’ which might be something of an understatement!

The actual flight arrived 48 mins ahead of schedule which possibly was to the relief of those flyers with a nervous disposition.

Company bonus schemes are not always popular, except when they pay out a big bonus to its staff. Thus, employees of Delta Air Lines in the USA must really like their own company scheme, especially when it pays out a total of 1.3 billion USD in bonuses to its 80,000 global staff. In fact, the company also paid out 1.5 billion USD in 2016.

This year’s payment comes after the airline made pre-tax earnings of 5.2 billion USD last year.

The model catches on

Another week and another hotel brand. However, reading what is not said rather than what ‘is said’ might be more important in this particular case.

The new brand in question is called Zip by Premier Inn who are a (successful) well known UK based budget brand. At first, the 19 GBP (21 Euro) rooms seem like a great offer for those on a shoestring budget but it’s what comes next that raises the eyebrows.

The rooms have a single bed with a sofa that allows them to become double rooms or used as a twin. Some rooms will have windows whilst others will have so-called ‘lightboxes’. These rooms will be allocated randomly so guests cannot pre-choose. A TV, bathroom with power shower and towel plus free Wi-Fi will also be included. However, rooms will only be cleaned every three days unless you pay 5 GBP to have this done daily. Breakfast is of course also extra.

So what we are starting to see – indeed this new Premier brand is not the first to head in this direction – is a Low-Cost Airline model of hotel operation where perceived fixed costs such as cleaning, are stripped out and in fact become a profit centre. The question is then what current costs will next be the hotel owners profit focus?

Ever wanted to know what your travellers (if you are an employer) most stressful points are when travelling for work? The top 8 most stressful aspects of travel are reported to be: –

Number 7 may surprise many people but it’s not such a surprise to many of us in the industry.

The travel and tourism sector globally generated a record 8.8 trillion USD in 2018 and was responsible for 318 million jobs! Year on year these figures are a 3.9% annual growth making it the second fastest growing sector in the world behind the manufacturing sector which grew by 4% but ahead of sectors such as the IT sector and the financial services sector, both with a 1.7% growth.

Whilst it may sound rather soon to be setting itineraries for 2021, the cruise industry has to think ahead and this week it published some of its sailings for two years’ time. Of note locally is the fact that the world’s largest floating apartment block, MS The World, will visit Bourgas for three days in May 2021.

The ship has 165 ‘residences’ permanently occupied by citizens of 40 countries with the ship having a crew of 280. The ship is almost two hundred metres long and has 12 decks.

Annually, the ship usually stops off at around 100 different ports; each for around 3 days.

Also to be noted in the same context is that Crystal Cruises liner the Crystal Symphony would also visit Bourgas in August 2021.

EasyJet and Delta together with Italian state-owned railways Ferrovie, have re-confirmed their interest to take over loss-making Italian national airline Alitalia.

Whilst other airlines made healthy profits in 2018, Alitalia lost 154 m Euro and borrowed 900 m Euro from the state to keep afloat.

Hands up all of you who thought it was illegal for an EU state to subsidize its national airline (Malev, Cyprus Airways, Sabena etc.)!

The Dutch government made their French counterparts a bit miffed this month when they covertly bought extra shares in the Air France-KLM venture to take their shareholding up to 14% – it was previously 6%. This almost matches the French shareholding of 14.3%.

The French only found out about this after the purchase had taken place which was the reason they were irked. The reason for the Dutch move was their increasing frustration at the strike orientated French staff which threatened Dutch jobs and hence the Dutch economy. The share purchase was designed to give them a ‘bigger seat at the table’. A reference perhaps to the increasing shaky relationship between the two which always seemed a “strange” tie up to most industry watchers.

Editorial 178 years and out Arguably the most iconic of travel brands, Thomas Cook has…