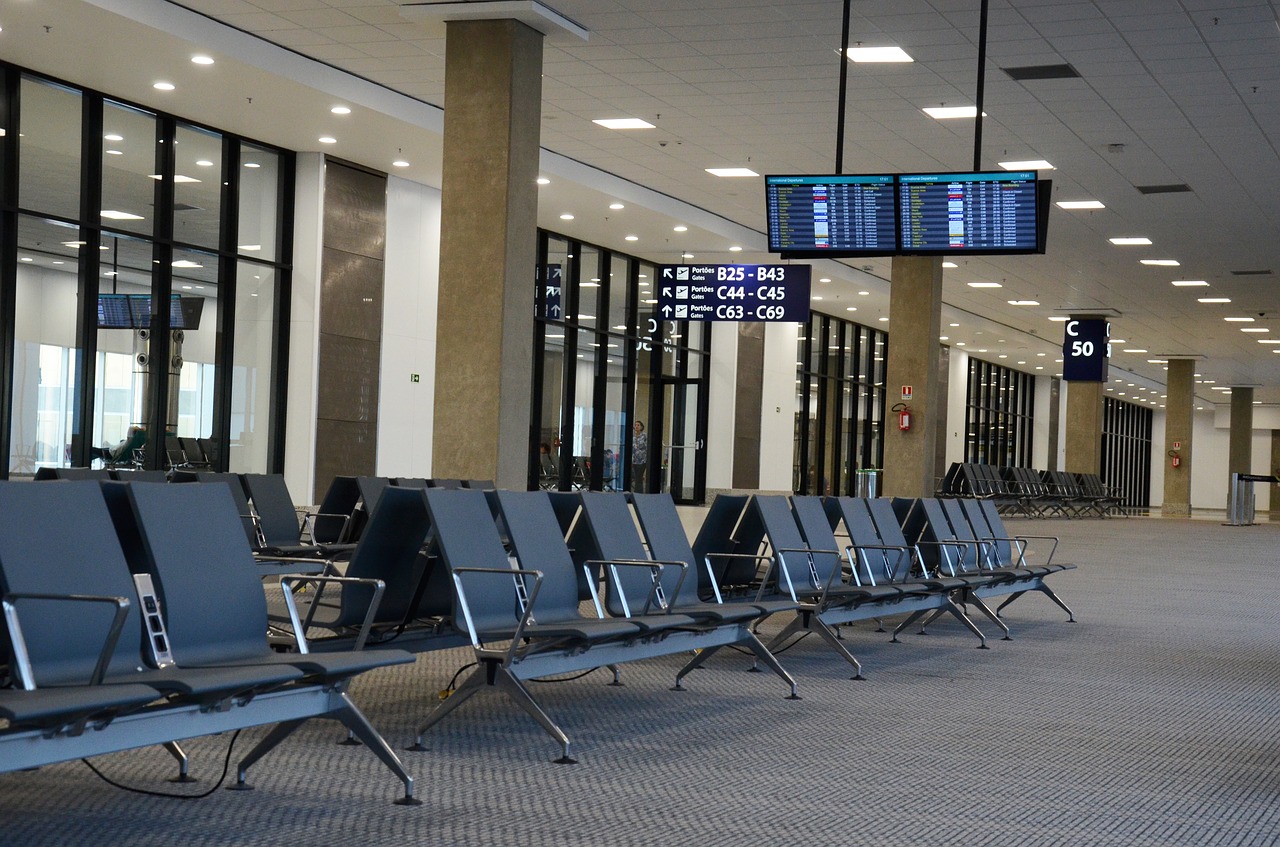 There are many people these days who try avoid watching or listening to the news as it seems that the brief of the those tasked with bringing what is happening in the world to the masses, is to make it as dark and negative as is possible without transferring the feel of hopelessness to their viewers/listeners. “Good news” belongs to the past, doom and gloom merchants need only apply to “Situations Vacant” in the newsroom. This is not a new phenomenon but seems to have been a process that has taken root over several decades, so much so that now, the news we read through whatever channel we decide to take the daily news fix from, seems to have been produced by brainwashed journalists who fear they will be redundant if a) they tell the truth or b) questions what is being stated by anyone or anything that resembles authority. To be a part of the accepted system, more and more of the same is a pre-requisite; even better if it’s worse.

Conspiracy theories connected with Coronavirus are plentiful, most are random to put it mildly, whilst others are plain stupid. Whether one believes there are Martians on the moon is a matter of personal opinion. On the other hand, there are facts and figures out there that are black and white but, like a good accountant can manipulate these figures, so can the media. Just as a sample example and using some UK centric data (apologies), for the week ending Sept 11th, 1% of all deaths (99) were connected with Coronavirus whilst there was over 3000 people who died of cancer. Yet only the 1% was reported on. Further, Cancer accounts for some 28% of all UK deaths annually, whilst some 20% are connected to heart attacks and a further 15% to Alzheimer’s or dementia; is this ever mentioned – No! Death by these illnesses is not fashionable and doesn’t sell a story. Fear does. Interestingly, the news producers missed a golden opportunity in the winter of 2017/18 when (again in the UK) 50,000 extra deaths occurred because of a (ignored) flu virus. At that time the observing of and reporting of the (unnamed) flu virus also wasn’t fashionable, so it wasn’t reported. Once bitten twice shy; governments and their cahoots now have a second chance to spread fear and panic.

The world as it looks today doesn’t need negativity it needs positivity; if a glass half full approach as opposed to a glass half empty approach was employed, people the world over would feel far better and business would accordingly be more optimistic about the future. The ‘Feel Good’ factor is conspicuously absent in every piece of news. At this point perhaps the word ‘why’ can be introduced.  It’s almost as if no-one actually dare write a good news article in case they are made redundant.

Let’s take an overview of the negative stories, facts, figures and assumptions that are attached to the travel and hospitality that appeared this month.

International travel is down 92% on 2019 levels and airlines are now forecast to make a net loss of 80 billion USD this financial year which potentially threatens 65.5 million jobs globally in the travel, tourism and hospitality sector. In Europe, some 705 million passenger journeys are expected to be lost during the year with more than 7 million jobs at severe risk. Even airports are not immune, obviously, with their latest forecasts showing the airports across the world are likely to record a 104 billion USD reduction in revenue. Perhaps following the trend of doom and gloom forecasting, the airports are saying they are not expecting to see recovery to 2019 levels before 2023. In the USA, their latest guesstimate is that the reduction in international travel will put a 155 billion USD hole in the US economy and jeopardise over 12 million jobs.

Just when the world of travel will start again is anyone’s guess.  Just how many travel, tourism and hospitality business’s will be left standing at the end of it is equally anyone’s guess.

It might be that airlines have finally smelt the coffee in the way they treat their passengers. Airlines could never be classed as being considerate in their attitude towards their passengers, even though their anonymous executives may claim otherwise. Their ability to penny pinch every last cent or Euro out of their passengers brings anger and frustration to many; the balance of power has stood firmly with the seller, not the buyer. So, news that airlines, including the likes of Lufthansa and Austrian are dispensing with re-booking fees can only help the travelling public to be confident of booking travel in the hope that they can actually do just that – travel. The travelling public also need to have confidence in an airline actually following their own rules and regulations and refunding tickets when it is required and not refunding what they want and when they want to passengers which has been the case during this past year.

The impact on our lives of the current Coronavirus is already expected to impact the Christmas and New Year festivities many of us celebrate. London for example has already decided to cancel this year’s annual firework celebration on New Year’s Eve. Which then begs the question what will Sydney and Dubai do? They also have a huge fireworks celebration that, like London, draws in tens of thousands of visitors each year who spend not an insufficient amount of money. If these visitors have already paid for their hotels, will the hotels refund them of will they be generous and offer to re-book them for whenever the planet earth is deemed to be round again.

A judge in the USA, is presiding over the Hertz Rent-a -car bankruptcy restructuring, has hammered the company’s executives for their “offensive” bonus proposal to top managers.

Hertz wanted to pay 15m USD in bonuses having already paid 16m USD to retain the executives. The judge reasoning that it seems offensive to pay the executives what in effect is twice.

Hertz applied for Chapter 11 protection in May shortly after announcing plans to sell 500m USD worth of stock which would eventually be proved to be worthless.

The fallout from the exposure of Pakistan Airline pilots obtaining their pilots licences through illegal channels continues unabated. Criminal proceedings are being brought (apparently) against dozens of pilots who engaged others to take their exams for them.

As a consequence of the corruption and the fear that many more pilots are not fit to fly aircraft, the airline is currently banned from flying to Europe and the USA.

The iconic brand name of “Thomas Cook” is set to make a come back. Initially the brand, now owned by China’s Fosun Tourism Group, will set itself up as a Lifestyle platform, initially working online before launching concept stores.

Fosun are also the owner of Club Med and it therefore makes sense that this brand will be an integral part of the initial offerings. Additionally, 10 new Club Med Resorts are planned by the end of 2021.

Fosun were one of the shareholders in Thomas Cook before its bankruptcy and they purchased the  rights to the brand for 11m GBP. The Fosun Group are also the owners of English football club Wolverhampton Wanderers.

It almost sounds ridiculous but two separate pilots this month reported seeing a man in a jetpack high above Los Angeles!

The man was apparently on the flight path of incoming planes at Los Angeles Airport at 3000 ft (900m) when the pilots reported their sightings.

Whilst there was some scepticism about the sightings a man reached more than 5000 ft (1500m) in a jetpack earlier this year in Dubai.  So the fact that two pilots reported the same thing leaves little doubt to its authenticity.

A report into the fatal crashes involving two Boeing 737 max aircraft has revealed a rather too cosy relationship between the airline manufacturer and the organisation tasked with its oversight of all things aviation in the USA; the Federal Aviation Administration(FAA).

A “’culture of concealment”” was an expression used and directed at Boeing with the crashes involving the aircraft, a culmination of the aircraft manufacturers faulty technical assumptions and a lack of transparency added to grossly insufficient oversight of the goings on by the FAA.

Boeings cost cutting culture and troubling “mismanagement misjudgements” all contributed to the disaster. The FAA was also criticised for ‘conflicts of interest’ and for over ruling its own technical safety experts at the behest of Boeing.

One wonders why criminal proceedings have not followed if such a damning report has been produced or indeed, even if they are being considered.

Most people around the world only see the headline news impact the Coronavirus on airline X or Tour Operator Y, but the indirect impact on those in the supply chain to the hospitality industry generally, dwarfs the direct effect. A good example of this is the Real Estate investment Trust entity ‘Service Properties Trust ‘ who are still waiting for 11m USD in unpaid fees from the Marriott Hotel Group concerning 122 hotels across 30 states in the USA. The contract between the two parties gives the Real Estate company the right to take back the hotels if the fees are not paid.

For such a relatively small sum in big picture terms, Marriott might want to out this one on the top of the ’to pay’ pile.

The demand for perceived Political Correctness across much, if not most of the western world sees the famous USA ski resort of Squaw Valley deciding it has to change its name. The reason given for the change is that the word “’Squaw” has become a racial and sexist term for Native American women. Not that the majority of level headed people knew this.

A new name will be chosen next year for the resort which for those who don’t have a grasp of Geography, is near Lake Tahoe.

A well-known (apparently) Nudist Camp in the South of France was in the news at the end of August as it was identified as being the source behind people contacting Coronavirus. Over 100 people contracted the virus which is popular with swingers and those in search of a hedonistic lifestyle.

Working on the theory that all publicity is good publicity, this might be construed as great free publicity in the longer term for the resort even if the short term is a bit troublesome!

IATA (International Air Transport Association) is calling for all departing air passengers to be tested for Coronavirus so that quarantine requirements can be scrapped. Reference was made to new fast acting antigen tests that cost just 7 USD each and which meet most of the criteria for testing and where the results are known within minutes. The only issue with the process is that medical personnel are required to administer them.

The feeling of IATA is that the new process could be available within just a few weeks and would send a strong signal to the public at large that travelling by plane is safe.

However, it would likely require a global approach to such testing as opposed to the option being available at isolated airports, otherwise the overall trust in the safety to travel will not exist.

Editorial A couple of weeks ago, a short article in this newsletter on the Coronavirus…